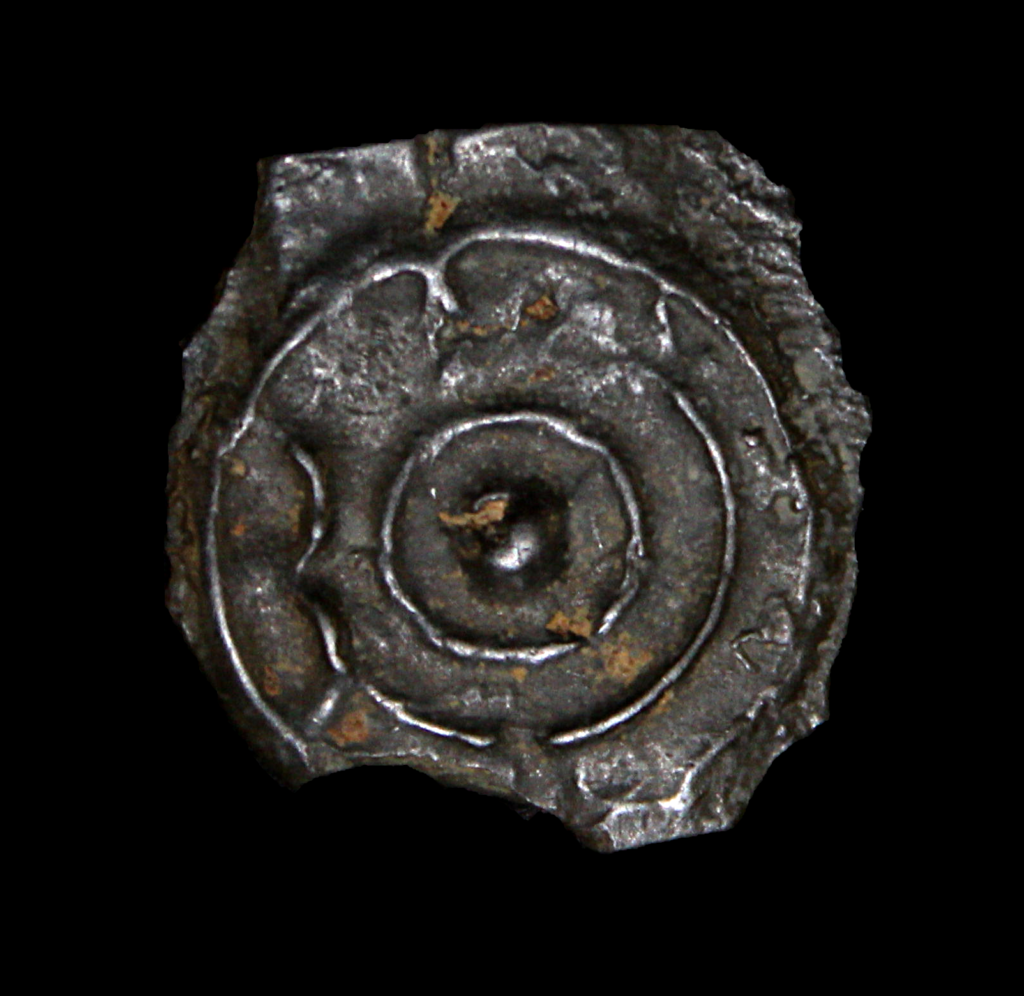 Dated 10 BC-AD 70, this is an Iron Age cast copper alloy coin (known as a potin*). Rather than being struck, these small copper alloy issues were cast in clay moulds (hence the flashing around the edge). The obverse depicts a stylised head of Apollo with the reverse showing a charging bull with the letters M A above. The originals of these types were minted in the Greek colony of Massalia (modern-day Marseille) in the late 3rd Century BC, with copies being produced (of varying quality) in Gaul and later Britain.
Although earlier and later examples have been recorded, the majority of this type found in Britain date from 10 BC-AD 70.

*Potin is an alloy of copper, lead and tin, hence the silver-like appearance.