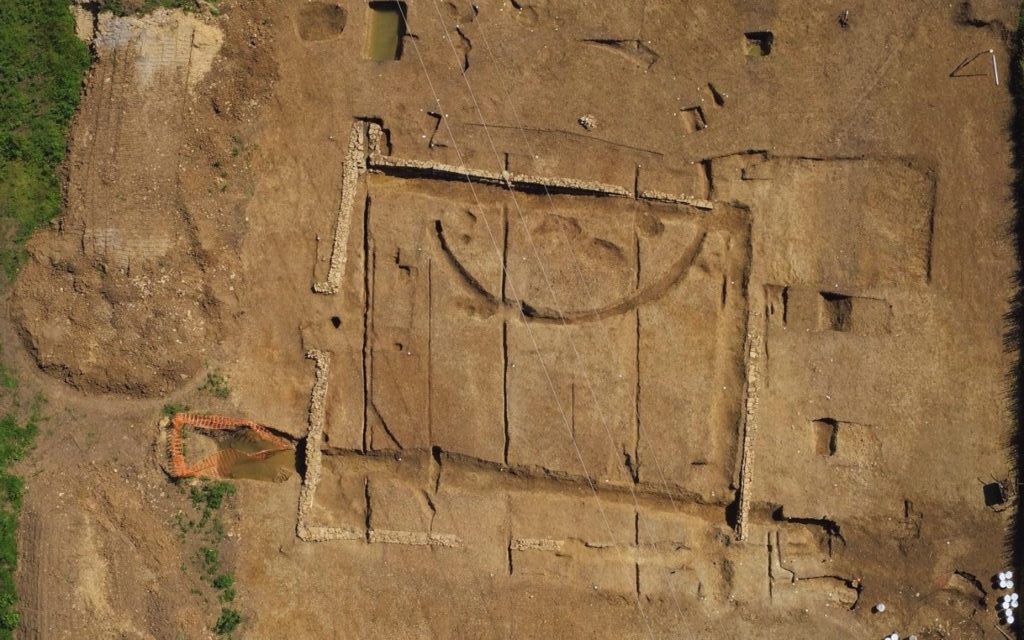 Thanks to our spectacular in-house drone photography, our understanding of this site has deepened and visitors enjoyed an informative guided tour of the excavated features. These included a clearly visible enclosure boundary containing at least three Late Iron Age roundhouses and a rectangular stone structure, possibly a walled garden, situated slightly to the west and associated with a Romano-British settlement.

Taken at a height of 120’ this overhead view (west to top of image) shows a Late Iron Age roundhouse overlain by a Romano-British rectangular walled structure, with an entrance to the northwest (probably inserted later) visible towards the centre of the right wall.

“Rachel,
Thanks to you and to the team for an enthralling tour yesterday, which Edward and I much appreciated. It’s such patient work and is revealing so much learning for us all.”