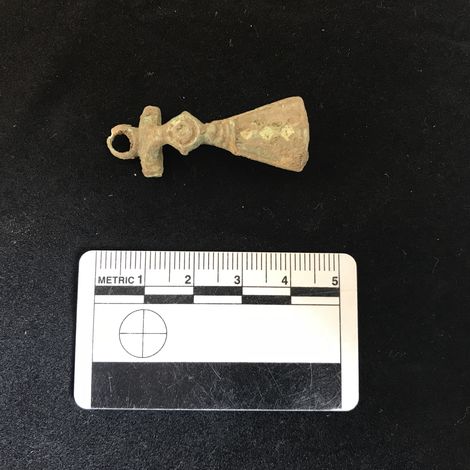 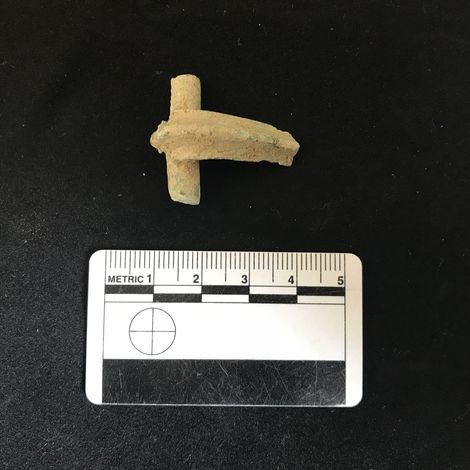 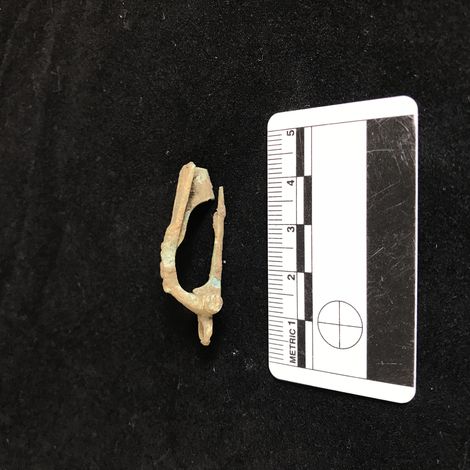 Dated c. AD 50-150, the brooch measures 140mm (long) by 14.7mm (wide) and has a winged head with double lug hinge and integral attachment loop. The pin has survived and there is a ring and dot style panel on the head with three conjoined lozenges on the fan separated by a double banded collar. There is no surviving enamel.

Examples of this “trumpet” type of brooch are largely concentrated in East Anglia up to the Yorkshire coast. Roman fibulae were used by both sexes to fasten clothing, (buttons were not used in Britain until the Medieval period).  Different types were used to fasten under/overgarments but are most often described as cloak fastenings.