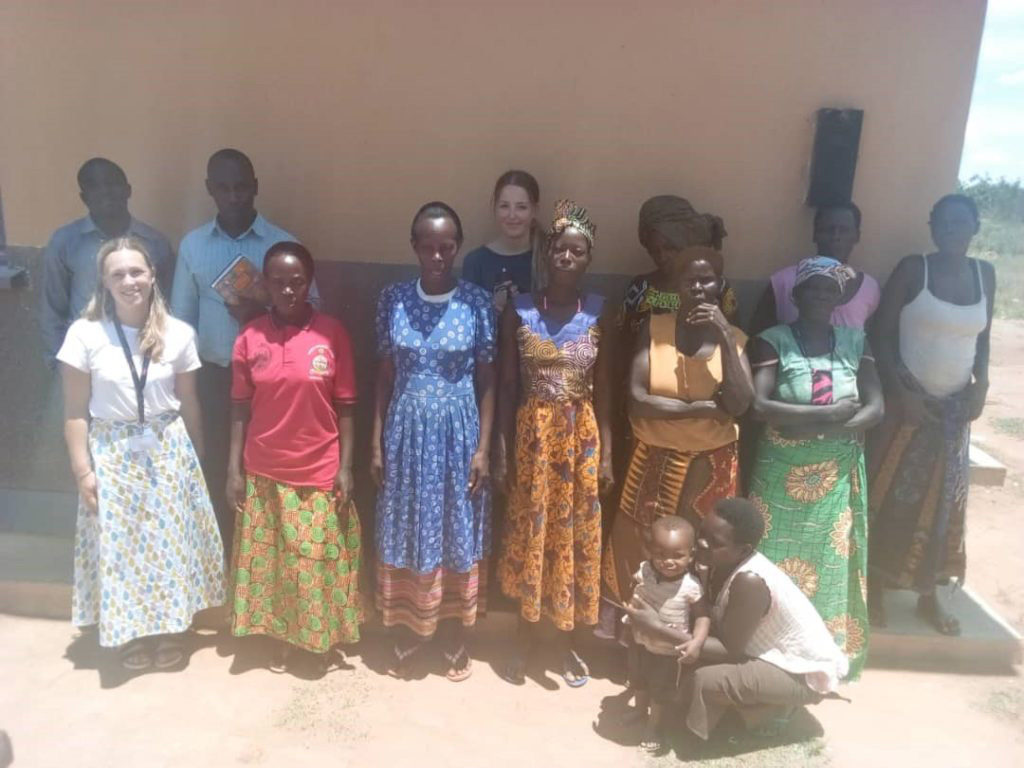 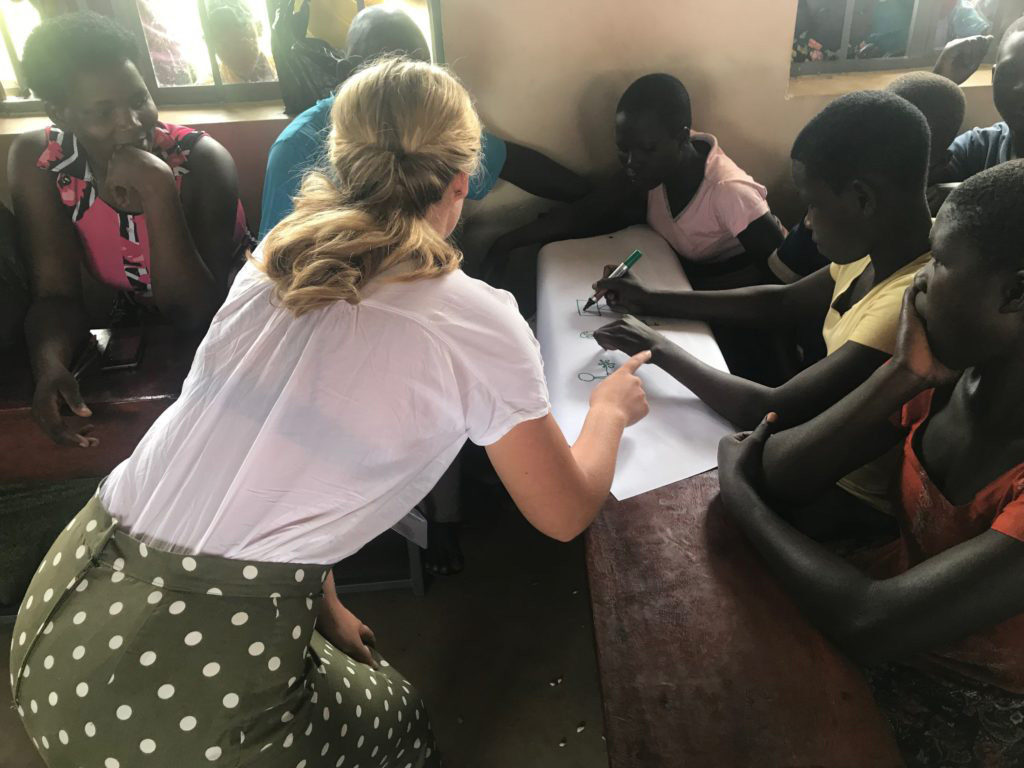 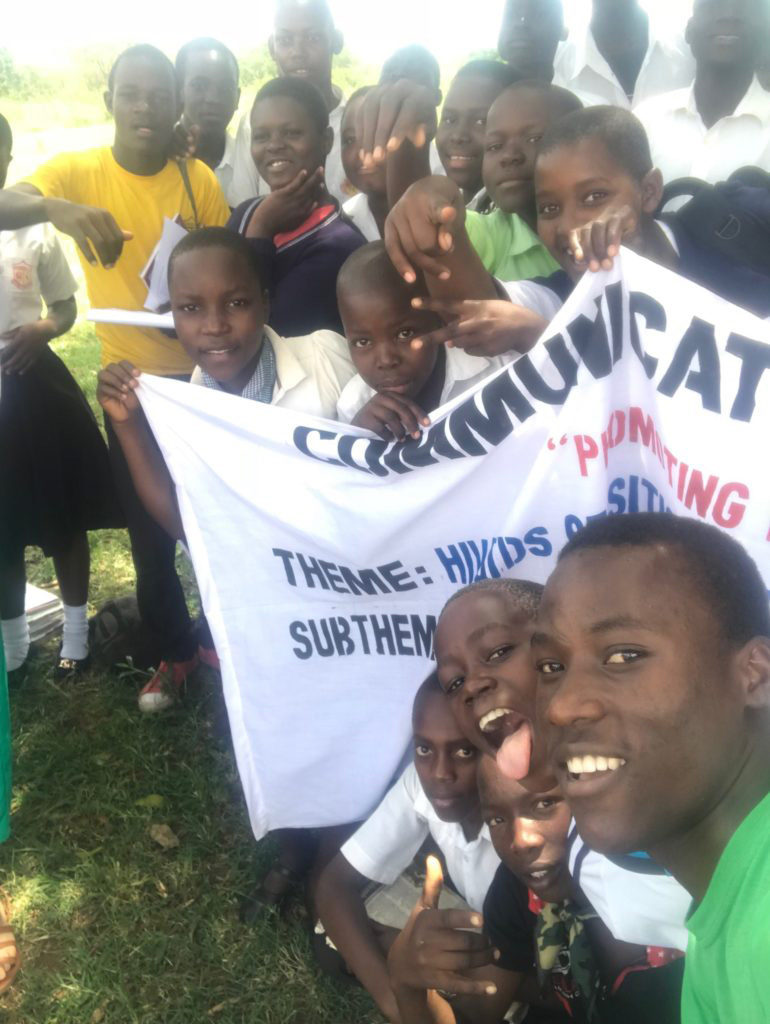 From Milton Keynes to Hoima, Uganda

Border Archaeology is proud to support Emily Brewer in her Voluntary Service Overseas.

Emily is a Manager of our Field Archaeologists Team in Milton Keynes.

In September, she packed up her tool bag and left site to undertake a 3-month placement in Uganda with VSO (Voluntary Services Overseas).

VSO is a charity that has spent the last 60 years working in developing countries, focusing on improving education, health and livelihoods with the help of both national and international volunteers. The programme Emily has joined is based in Hoima, west Uganda, with specific aims to improve livelihoods of young people and tackle the high youth unemployment rate.

Border Archaeology is supporting Emily during her 3-month placement.

Below is our first letter from Emily:

“After a week of initial training in Kampala, my Ugandan counterpart volunteer and I were introduced to the team of 14 volunteers we would be leading for the duration of the project.  Throughout the placement, these volunteers will be working on specific projects in conjunction with local organisations including ‘Take A Step Women’s organisation’, ‘Communication for Health Uganda’, ‘Hoima Union for Disabilities’ and SCOPE, a branch of VSO which focuses on Vocational Training Institutes to provide young people with income generating skills. In addition to this, we will be working with schools and youth groups to provide sensitisation and training on relevant issues.

Having now spent two weeks in our communities, we’ve had a quick readjustment to our new surroundings: long-drop toilets, bucket showers and an overload of the local delicacies (generally a selection of carbs like Matoke, Cassava, Posho, Millet and sweet potatoes, with a side of beans). Now we are settled in we’re getting stuck in with the work, with lots of events planned for our time here!

Working with the aid of ‘Communication for Health Uganda’ (C4HU), a group of volunteers and I visited Buseruka sub-county, an area within Hoima, which has been heavily affected by the recent discovery of oil around Lake Albert. Although providing jobs, and an increase of potential of wealth in the region, the installation of pipelines has been detrimental to many of the local communities who have been displaced from their homes. The government ‘settlement action plan’ to combat this has provided compensation to these families in the form of money or accommodation.

However, the good intentions of this scheme have been lost in the reality of the situation; large sums of money handed out, without any financial advice, have been quickly exhausted or have been hastily taken by individuals as an opportunity to start a new life for themselves, leaving no provision for the family they are leaving behind. Those opting for housing have been moved to purpose-built settlements, but the absence of land to farm means few options to generate income for these rural communities and the disruption has resulted in children going without schooling for up to 6 years.  The need for income generating activities in this area is obviously vital and so we are currently organising a workshop teaching various craft skills such as Jewellery Making, Basket Weaving, Baking, Household Products and small scale Animal Husbandry in order for these communities to earn a sustainable income. In addition to this, VSO concentrates on the importance of financial education in order for communities to maximise this income. In Kyakabuga, the settlement we visited, this need has been identified. A group of women had started their own savings group where members encourage each other to save what money they do receive. While the basic principle is already in place, we will provide further financial training on the VSLA model for groups such as these – Village Savings and Loans Association allows a group to save an allocated amount each week, which is then distributed at a later date. It also allows the group to be able to provide a no-interest loan when a member needs to borrow from the group, encouraging members to pursue training courses and entrepreneurship.

Due to the massive disruption to the education of young people in the Buseruka area, we felt it was important to address issues within local schools. Again working with C4HU, we attended 3 primary schools and 1 secondary school in the region.  The focus of these trips was sensitising on the issue of HIV, which, with a prevalence of 12% in Buseruka compared to the national average of 7.3%, is a major issue in this region. Talks were held to educate the students on what HIV is, the fatal effects of it, and the ways in which it can be spread and encouraging awareness about sexual practices at a young age. We also held a session focusing on the concept of equal opportunities for young women after they complete schooling. When asked, primary school pupils clearly held the preconception that a woman’s place is focused on domestic chores and so we discussed the concept of equality and the options of vocational courses for those girls whose domestic obligations may inevitably prevent them from attending university, allowing them to still generate their own income.

As previously mentioned, the prevalence of HIV is drastically high within the Buseruka region, largely due to the sudden influx of workers due to the oil pipeline. Unfortunately, this migration of people to the area has also caused a rise in prostitution as a means of income. We met with two groups of women working in the sex industry; some were as young as 17, some had children, all were working for approximately 10,000/ shillings, or £2, and all were facing the risks of HIV on a daily basis. On arrival, one of the young women informed us that after her last meeting with CF4U she had been motivated to be tested for the disease and had unfortunately been found positive, massively highlighting the devastating reality of this issue.  In order to gradually combat this issue, we provided every individual with free condoms as these are often unavailable, or too expensive for these at-risk women. However, this is not a long-term fix for women in this situation, and so we intend to also hold craft skills and financial workshops within these groups as well. We hope this can then provide them with an additional income and the knowledge of how to maximise this in order to gradually leave the profession which leaves them at such high risk to a multitude of problems, namely the infection of HIV.

Within Hoima municipality, we have been working within schools to encourage the attendance of Vocational Training Institutes (VTIs). These are often perceived as either unattainable for poorer students who were not able to complete education, or as an inferior and not worthwhile option to those who hoped for a university education. By holding debates within two secondary schools on the benefits of VTIs in comparison with universities we challenged these perceptions. The debates emphasised the advantages of practical self-employment through a shorter, cheaper vocational course and supplied information about the available financial aid available for both educational bodies, including sponsorship through VSO.

Challenging negative perceptions is a big part of encouraging employment amongst the youth. A large problem facing young people in Uganda is the negative perception, or lack of understanding, surrounding people with disabilities, thus preventing them from gaining employment. A group of volunteers therefore held a dialogue session within the community to greater understand these views and begin to progress them, thus helping to address the needs of peoples with disabilities.

The initial stages of our placement have been incredibly eye opening, and I am learning a lot about the needs of these communities. The events we have held already have felt massively encouraging, but there is so much more to be done to help people to make the best out of their futures and I am looking forward to our upcoming work!”