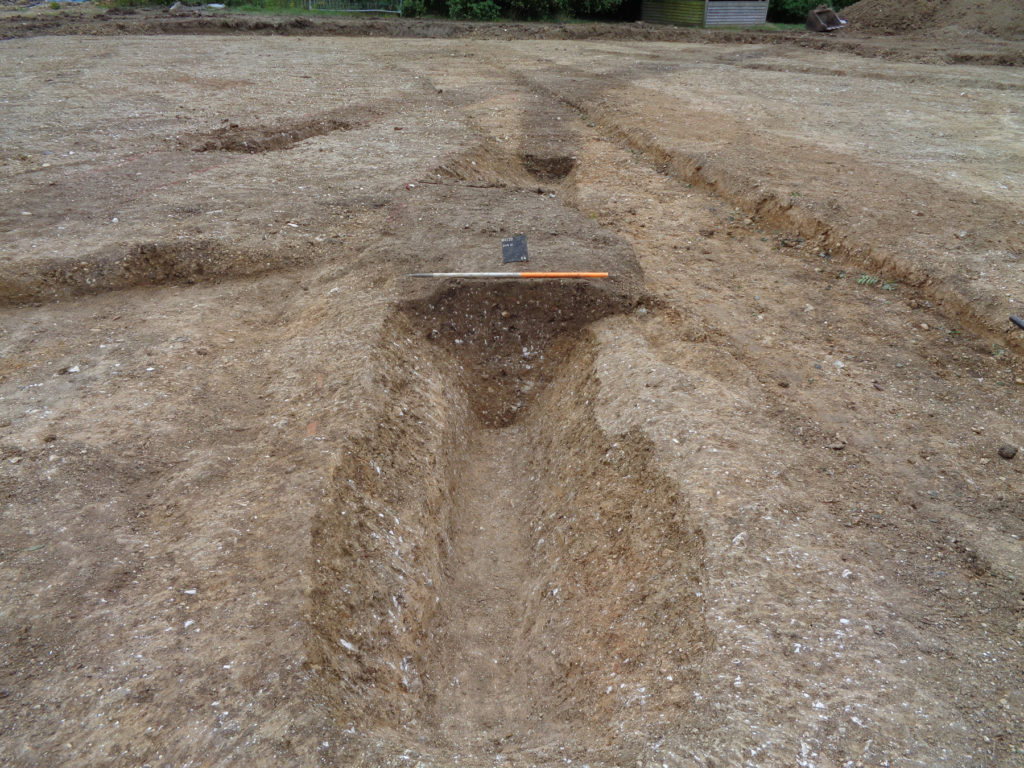 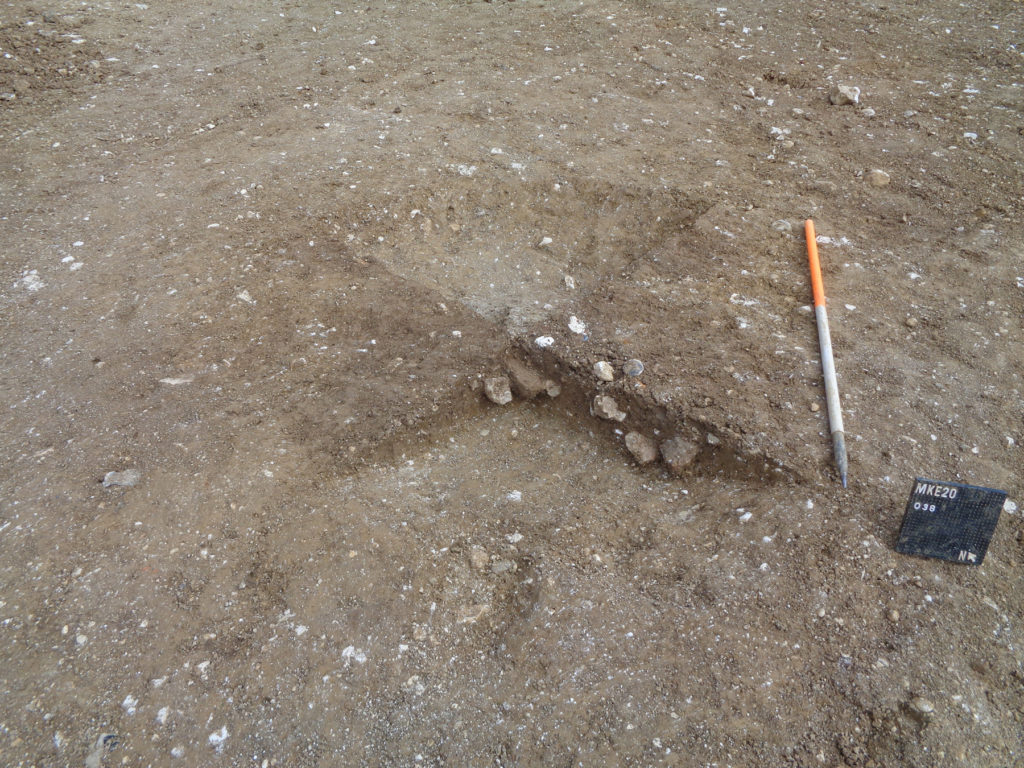 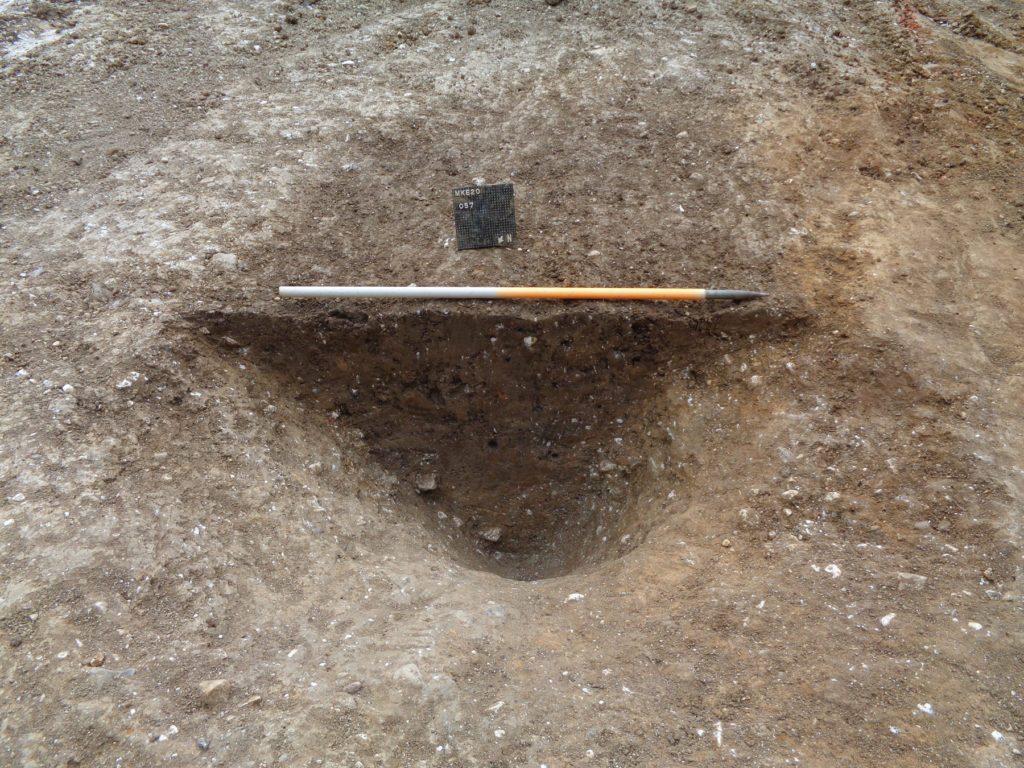 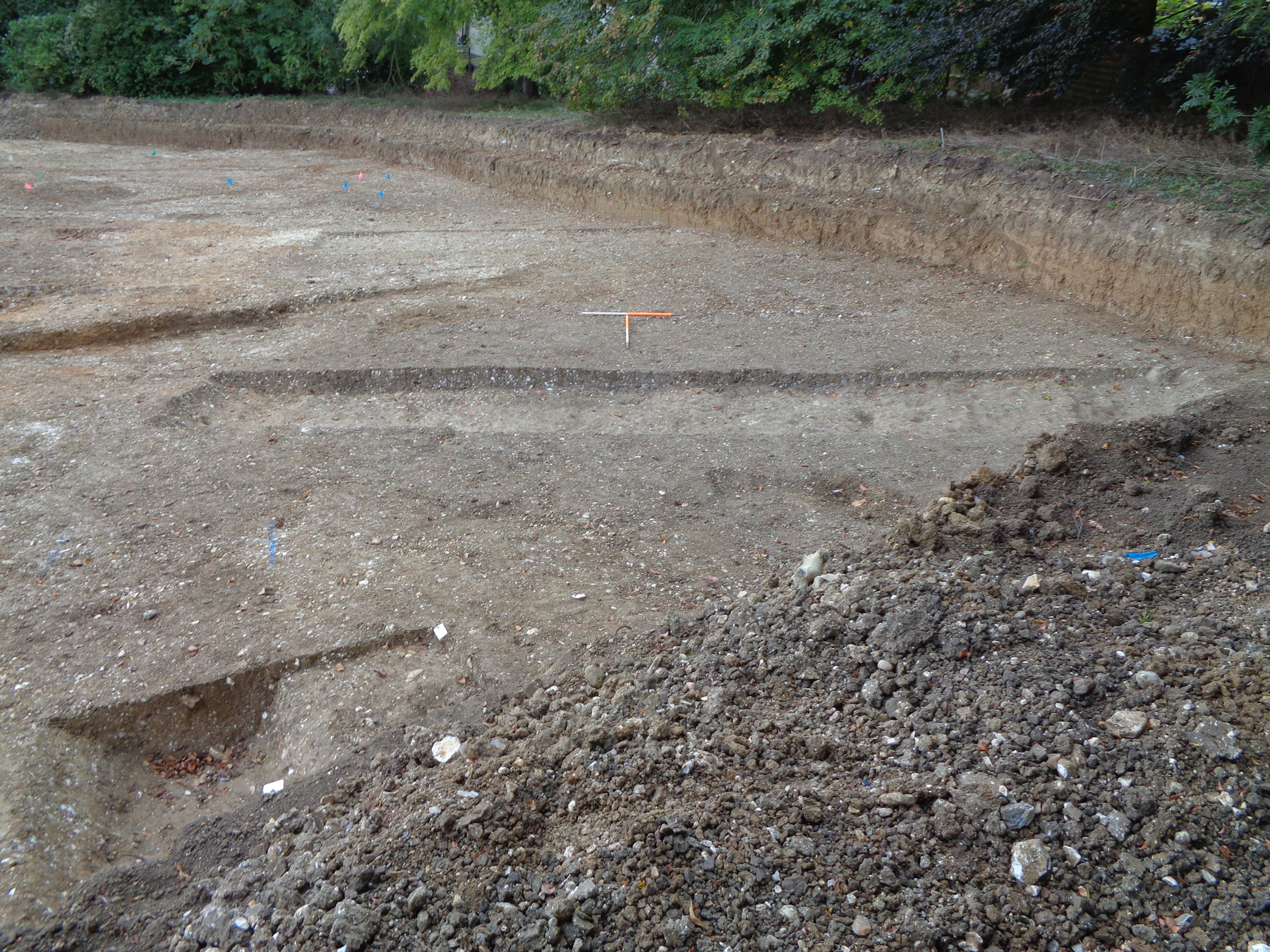 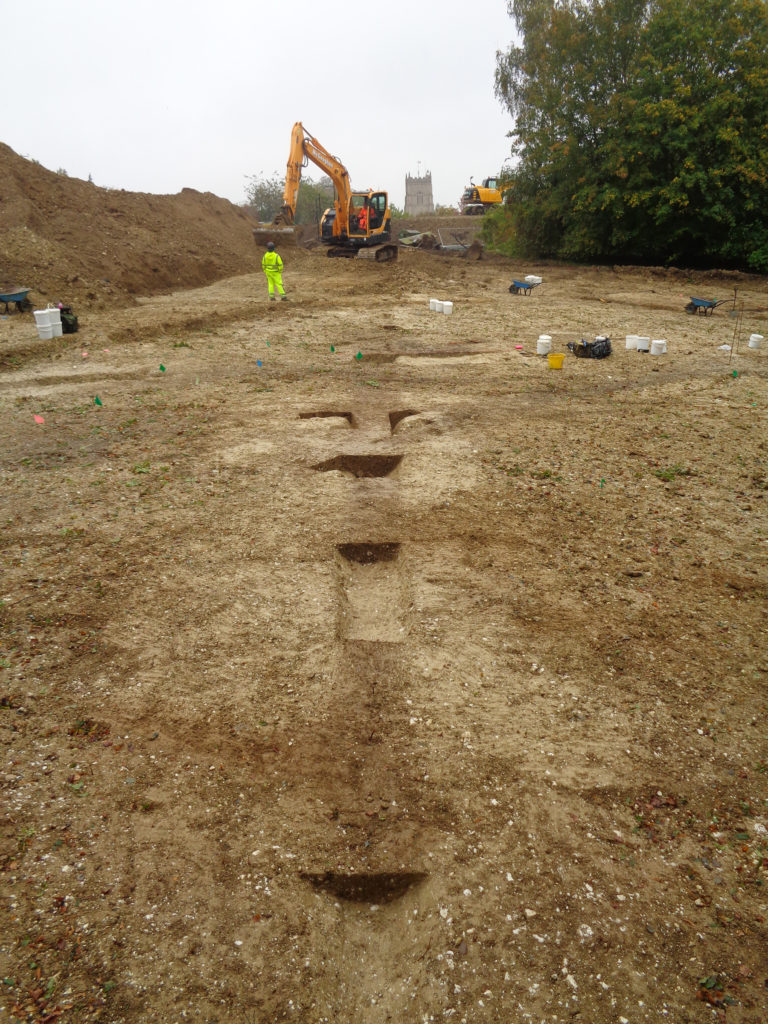 The archaeological excavation undertaken by Border Archaeology in September 2020 at the former School has opened a window onto the lives of those who settled here during the Late Iron Age/Roman period.

Although no evidence of structures was found, the excavation uncovered extensive remains of what appears to have been a domestic settlement focus, comprising an enclosure ditch, pits, dumps of domestic waste and evidence of an early field system. Items reflecting the everyday lives of the people included bronze tweezers, a possible pre-conquest brooch, fragments of glass vessels and ceramic building materials (brick and tile), whilst animal bones and a great many oyster shells reveal their dietary preferences. Evidence of pottery imported from the continent shows this was not an isolated community but part of a much wider society with overseas trading links.

A more detailed picture will begin to emerge now that we have completed the excavation. Our team of specialists are studying the artefacts (which include more recent material such as lead musket shot) and analysing the animal bone and soil samples to extract as much information as possible, helping us to better understand the lives of these early inhabitants and the local environment in which they lived.

The excavation followed a pre-development evaluation of the former school site, which found evidence of stratified Roman material pointing to the survival of significant early remains. Please watch out for further updates as work progresses.