To support a Planning Application for a proposed treetop walk at Avon Tyrrell Activity Centre, we undertook an Archaeological Desk Based Assessment (ADBA) and Heritage Impact Assessment (HIA). This determined the potential impact of the proposals on archaeological and built heritage assets in the vicinity of the site. The Centre is situated within a Grade II registered park and adjacent to a Grade I registered country house. 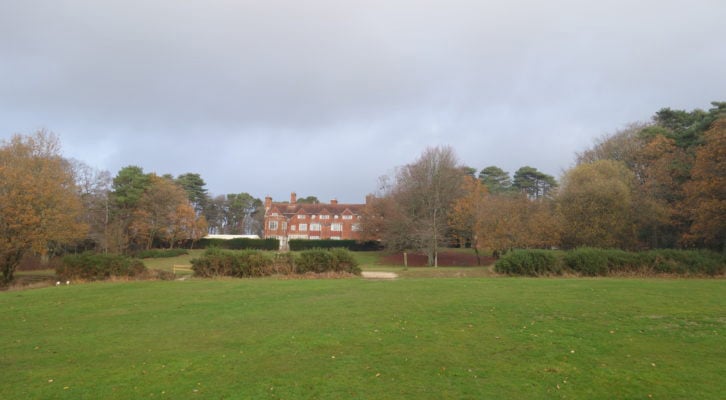 It is BA’s considered opinion that, prima facie, based on the available archaeological, documentary and cartographic sources, the archaeological potential of the site does not present an impediment to development.

Recommendation: In view of the demonstrably limited impact of the proposed works in archaeological terms, it is suggested that a watching brief focused on groundworks for the construction of the zip-wire structure at the southern end of the Rail Course would be the most appropriate form of mitigation, in this instance.

The Results of the HIA Determined:

The overall impact of the proposed Rail Course on the setting of the Grade II registered park and gardens at Avon Tyrrell, and designated heritage assets within the park (including the Grade I listed house) can be assessed as Slight. It should be noted that there will be no physical impact on visible landscape features or built heritage assets within the park as a result of the proposed development.

In visual terms, it can also be convincingly argued that the impact on the setting of the park, Avon Tyrrell House and other designated heritage assets within the park is limited and localised in scope, due to the fact that the Rail Course is located within a dense woodland plantation running along the eastern side of the gardens and parkland.

There will only be a very slight change to the expansive vistas looking southwards across the park as appreciated from the house and terraced gardens (which are a fundamentally important aspect of the setting of the house and park as envisaged by Lethaby), these being restricted to partial views of the low roped elements at the northern end of the Rail Course, glimpsed from the eastern end of the terraced gardens.

The central portion of the Rail Course will be partially discernible in distant views looking northwards across the broad grass lawns at the southern end of the park, towards the house and terraced gardens; however, the associated structural elements of the Course will be partially obscured by existing tree-cover and it is considered that its design responds sensitively to the existing tree-planting and vegetation in this area.

New Forest National Park Authority concurred with the results of the DBA and HIA and Planning application approved with conditions allowing development to proceed.