The evaluation carried out at Woolston, Southhampton revealed a series of deposits and structures that appeared to be associated with the documented occupation of the site in the 19th and 20th centuries. 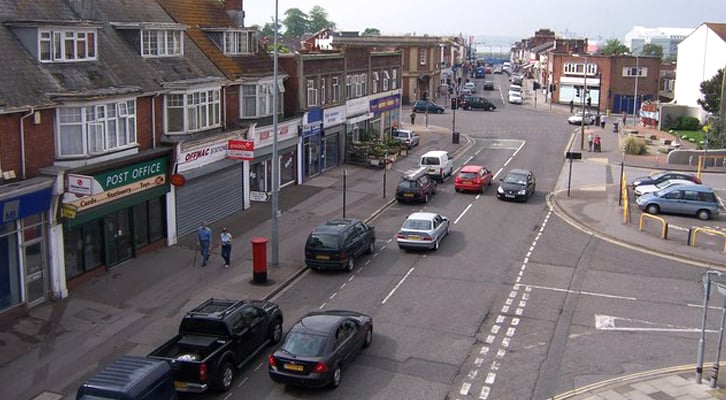 A series of modern features were found in Trench 1, which ran approximately 32m along the western side of the site, parallel to the railway line. The finds associated with these features were of modern date, consisting of glass, brick and tile and fragments of linoleum and plastic. Bisecting the trench was a linear concrete footing/foundation of probable post-1850s date.

Trench 2 comprised two sections of trenching, 2a & 2b, and ran 47m along the northern edge of the site, parallel with Sea Road. Trench 2a contained a series of 19th century brick walls aligned along the street frontage and a remnant of masonry walling consisting of two courses, again aligned parallel with the road. These walls may be associated with a building marked in this location on the OS 1st edition map of 1871, which may have incorporated the fabric of a cottage marked on the 1852 tithe map.

Trench 2b revealed structural remains, consisting of brick cellarage and a red and black patterned tile floor, probably associated with the demolished Red Lion public house which occupied the premises of a former brewery and dwelling house marked on the 1852 tithe map.

Trench 2a contained a series of brick walls of 19th century date (203) aligned along the street frontage and the remnant of a stone wall consisting of two masonry courses (204), again aligned parallel with the road. These walls may be associated with a rectangular building marked as a cottage on the 1852 tithe map and which appears to have been partially rebuilt before 1871. Associated with these structures were a number of utility pipes. Also identified was a single pit of unknown age and function [208].

The only finds made were a sherd of residual pottery and two tile fragments from (1001) in JB 001; these were identified as 18th century Staffordshire slipware and a late medieval-to-early post-medieval nibbed roof tile (Appendix 1).

No further finds or deposits of archaeological significance were encountered.