We undertook excavations at Aubrey Street which revealed significant evidence of occupation and industrial activity, such as tanning and metalworking, dating back to the 10th-11th centuries AD. 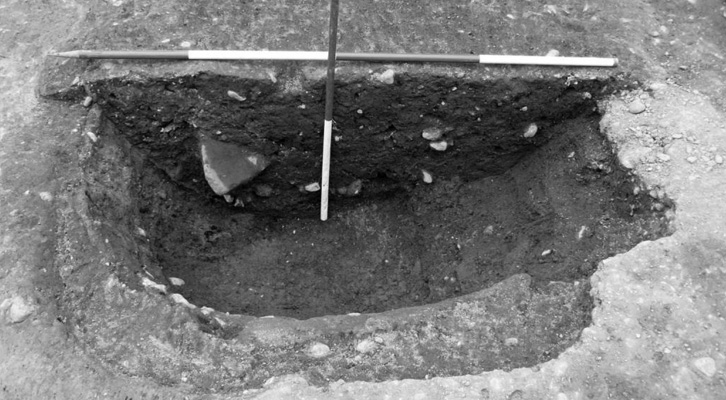 The site lies within the vicinity of the ‘King’s Ditch’, presumed to be a disused watercourse which is shown on recent aerial (LIDAR) images to comprise a shallow defile running N-S roughly along the line of present-day Aubrey Street and continuing southwards across King Street towards the River Wye.

Two of the earliest pits identified, probably datable to the 10th-late 11th centuries AD, produced environmental evidence indicating the presence of marshland, with areas of slow/stagnant water and marginal woodland and scrub lying either within or in immediate proximity to the pits. Although lying within the medieval town defences, this area nevertheless appears to have been marginal and used as a dumping place for domestic rubbish and ordure, as well as a convenient location for industrial practices that would normally have been on the periphery of urban settlement.

Archaeological evidence indicates that, from the from the late Saxon period through to the 13th century, the site was intensively used for dumping domestic waste, some of which may have been produced as a result of small-scale tanning activity.

There appear to have been two distinct phases of intensive pit-digging, the first possibly dated to the 10th-late 11th centuries, while a subsequent phase of activity continued through to the 13th century, based on the pottery evidence. A clearance or dumping layer separating the two phases of activity may possibly be dated to the late 11th/early 12th century. Significant quantities of metallurgical debris was recovered from several of the pits indicative of metalworking on or in very close proximity to the site, possibly extending from the late Saxon period through to the 13th century.

There also appears to have been a marked cessation of occupation on the site for a prolonged period, which may have extended from the 14th century through to the 17th, or possibly later, indicated by the presence of a series of tipping or landscaping deposits.

Evidence for later 18th -century building activity, possibly identifiable with a row of cottages shown on Taylor’s 1757 map of Hereford in the approximate location of the site (on the east side of Aubrey Street), was represented by several stone walls interpreted as building foundations associated with the 18th -century street frontage, together with a cobbled surface, which probably served as an entrance or alley between two adjacent properties.

Essentially, the programme of archaeological excavations at Aubrey Street has revealed evidence of four principal phases of activity, extending from the 10th century through to the late 19th century. These phases of activity can be broadly categorised as follows: 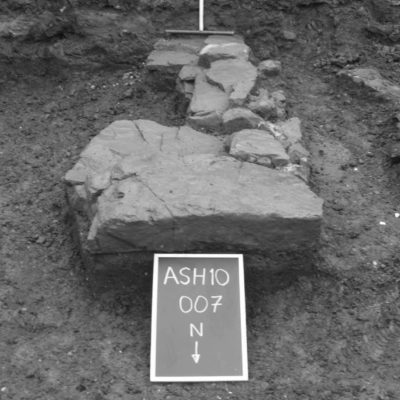 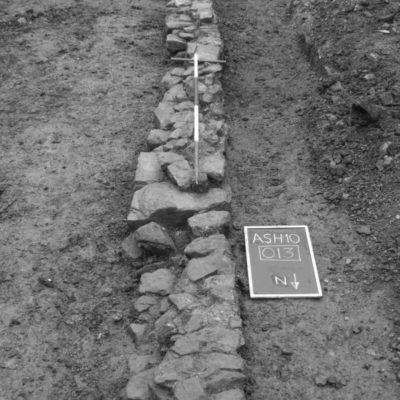 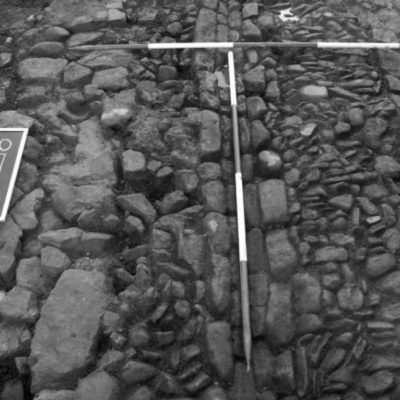 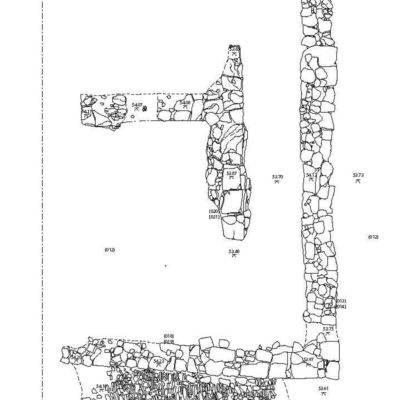 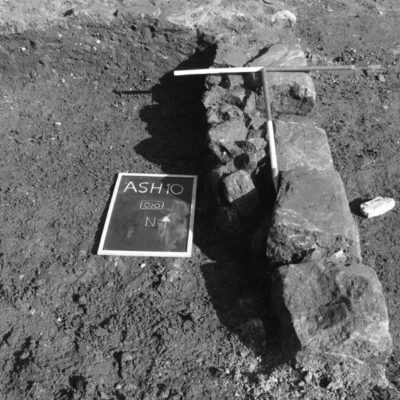 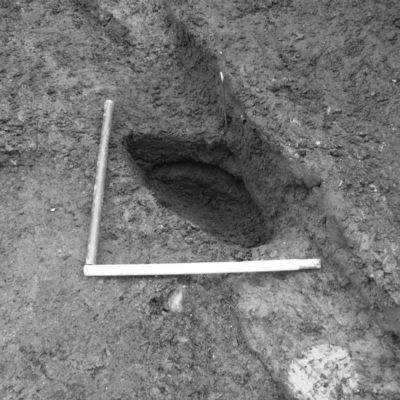 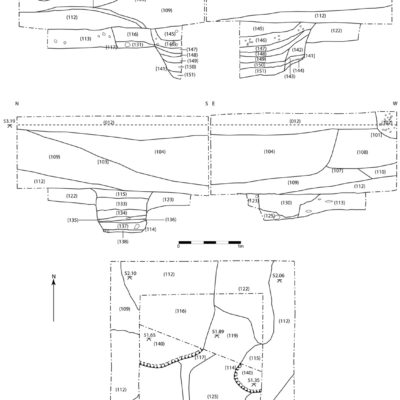 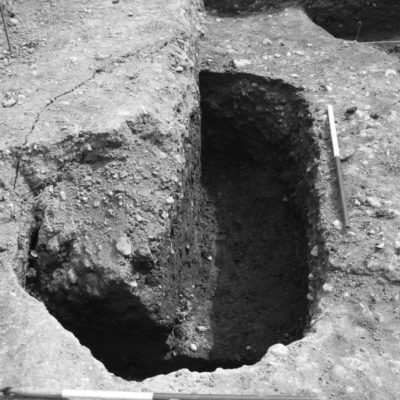