We were instructed to carry out a programme of Archaeological Field Evaluation (AFE) comprising surface artefact collection (fieldwalking) and trial-trenching in an area of 31.48ha. 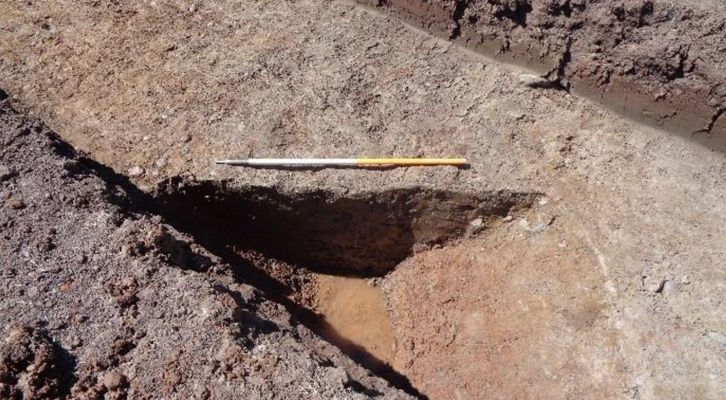 The 267 trenches were laid out to provide even coverage across the Site, with specific trench locations informed by the results of the previous geophysical survey.

A limited quantity of in-situ chronologically diagnostic material was recovered from the archaeological features. Ten fragments of Romano-British pottery, including a single mortarium rim fragment, were found, situated at the highest point within the project area, and it is likely that further Romano-British domestic features would be encountered beneath the farm yard and surrounding area. Smaller undated ditches were recorded and additional Romano-British pottery sherd found. No further dating material was recovered from the network of associated ditches.

Previous archaeological work on land to the immediate NW revealed an Iron Age enclosure or boundary, with a pit, ditch and two gullies containing Iron Age pottery were recorded. These gullies were thought to represent a coaxial system of small enclosures.

Despite the wider evidence for prehistoric activity and the plethora of lithic artefacts recovered from the wider landscape, only a limited number of worked flints were recovered during the field walking and later evaluation. Anecdotal evidence would suggest that this wealth of material found may have been a result of prolonged and targeted field walking, and may rather reflect the wider wealth of unidentified prehistoric activity along the River Anker valley as opposed to within the immediate area. The fieldwalking produced only 17 examples of worked flint, their findspots dispersed across the Site. Five are of probable Mesolithic date and 12 are undiagnostic, and therefore undatable, though of general prehistoric date.

Of the 267 trenches, 19 contained archaeology of note.

Each trench contained topsoil, with only a limited number having a subsoil and/or a colluvial deposit overlaying the natural substrata. These latter trenches were predominately encountered within the two westernmost fields close to the channelised water courses and the deposits sealed the archaeological horizon. In some areas, extensive and deep plough-scarring was observed.

Ridge and furrow survived in part as earthworks within the project area, and associated furrows were observed during subsequent trenching. This is congruent with aerial survey and 1m DTM LiDAR data; which shows the site lying within what would have been an open field system, with ridge and furrow aligned NNW-SSE and WNW-ESE across the now enclosed development area. Whilst the ceramics associated with the excavated furrows and field walking included post-medieval material, it is likely that the open field systems are medieval in origin. 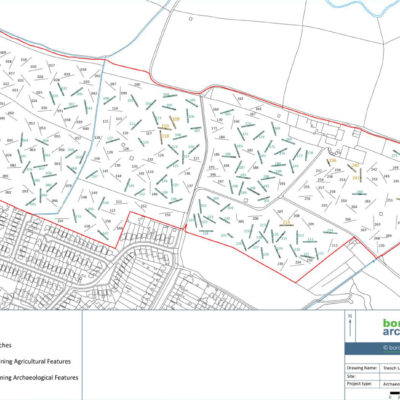 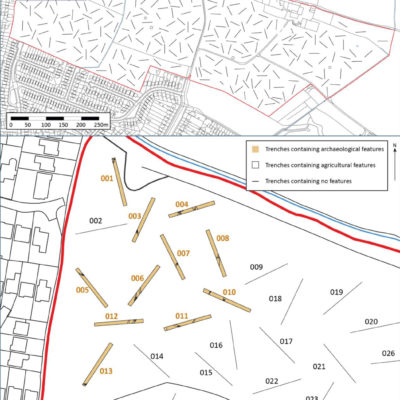 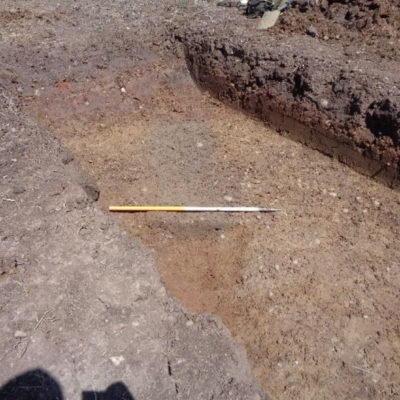 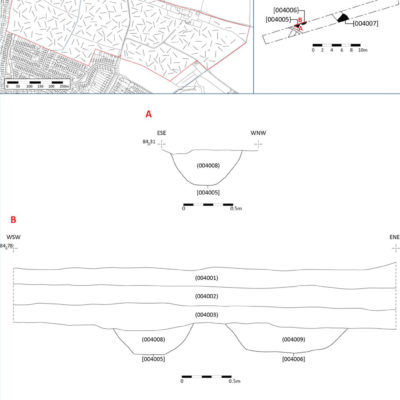 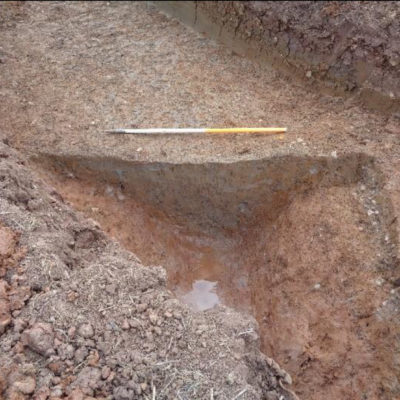 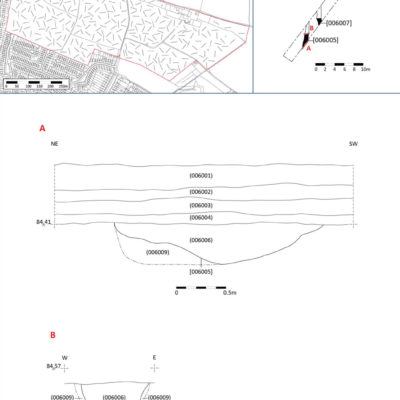