The medieval surroundings of Gloucester Cathedral, as part of Heritage Lottery funded ‘Project Pilgrim’, provided the stage for a detailed programme of ground survey and evaluation 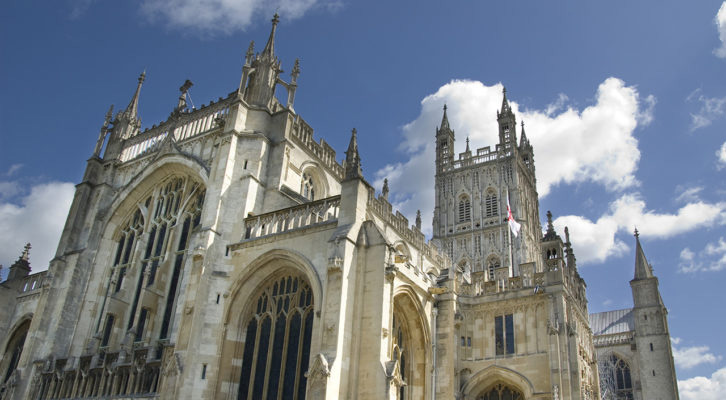 The first of 2 phases of work comprised trial trenching in Upper College Green prior to landscaping works. Focusing next on the North Transept we conducted a Ground Penetrating Radar survey and archaeological investigation to record any evidence of burials and structural remains likely to be impacted by lift installation works.

Skeletons were revealed in the Upper College Green reflecting its use as a burial ground until the 18th century. A late 17th, or early 18th, century inscribed ledger stone was also found indicating further burial activity

The North Transept revealed a hidden charnel deposit containing the remains of at least 7 individuals, possibly disturbed during the construction of a nearby vault. A well preserved lead coffin, bearing an inscription dating to 1723, was also encountered.

Skeletons were revealed in the Upper College Green