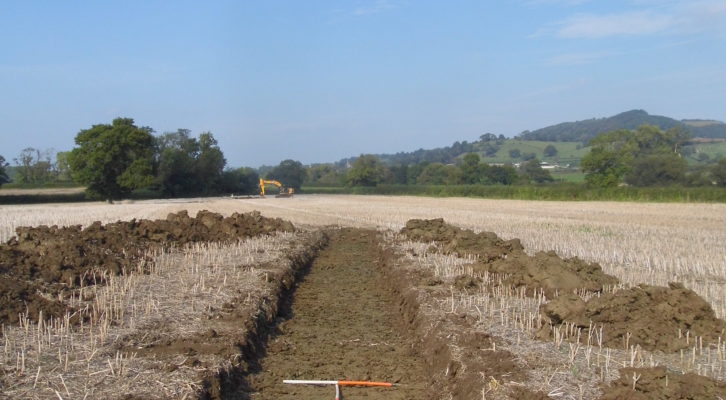 Targeting features revealed by previous geophysical survey 85 trenches were opened to investigate the survival of any evidence relating to a known Roman road and 15th –century battlefield site. Trenches of 30m × 2m were opened representing 2 per cent of the site to inform mitigation prior to Planning Permission being granted by Stroud District Council.

No evidence was revealed of the Battle of Nibley Green fought in 1470 between 2 private armies. Evidence of the Roman road was recorded in 5 trenches.