We were commissioned to carry out a programme of archaeological work, comprising a desk-based appraisal, standing building recording survey (to RCHME Level 1-2) and archaeological watching brief in respect of the proposed conversion and extension of existing outbuildings to create three new dwelling. 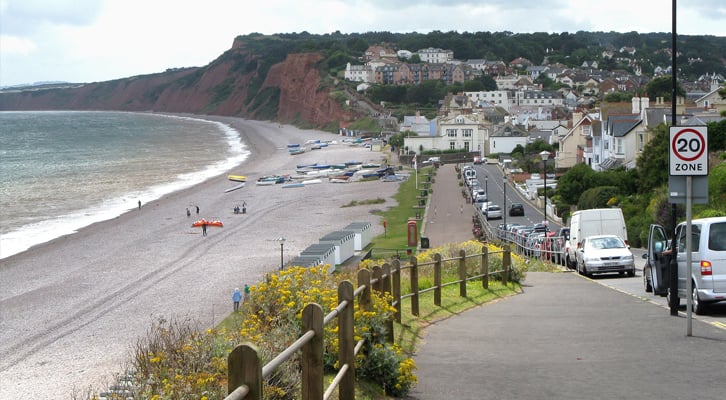 The existing gabled outbuilding with roughcast exterior on the western side of the yard to the rear of No. 13 (referred to as Building A) appears originally to have been erected at some time between 1842 and 1889; it first appears in its present form on the OS 1st -edition map of 1889.

Building A is likely to be contemporary with the existing house at No. 13 High Street, which appears on the basis of architectural evidence to be of mid-late 19th -century date and replaced two earlier dwellings occupying this plot which are shown on the East Budleigh tithe map of 1842.

Evidence of several phases of construction and rebuilding were noted, suggesting that Building A was not constructed in a single campaign but would appear to have been built in several phases during the mid-late 19th century.

It is possible that the lower stages of the masonry wall defining the S end of Building A may incorporate a remnant of an earlier structure depicted in this location on the 1842 tithe map. The lower stages of the W wall of Building A may also incorporate part of an earlier boundary wall defining the western edge of the plot, the alignment of which is depicted on the 1842 tithe map. It is difficult to assign a secure date to these wall fragments, although a post- medieval origin appears likely.

The three-storey rectangular gabled outbuilding on the eastern side of the yard (henceforth referred to as Building B) appears, in its present form, to be of relatively modern date (first shown on an OS map of 1955). However, further investigation suggests that the central and eastern parts of the building probably incorporate fabric from an L-shaped building of probable mid-late 19th -century date to the rear of No. 12 High Street, first shown on the OS 1st -edition map of 1889.

No other significant archaeological features, deposits or finds were identified during the course of this watching brief.