On behalf of Bristol Water, we undertook research and fieldwork to assess and record the archaeological impact of a mains replacement scheme at Broad Road, Charterhouse-on-Mendip, Somerset.

Following a Desk-Based Assessment of the proposed route, a 15m wide easement was marked out across four fields and a 10m width within this easement was stripped of topsoil, allowing archaeological features to be identified and excavated within the area of impact.

The programme of works revealed a multi-period prehistoric landscape with a background signature of post-medieval activity.

The earliest evidence recovered dated to the later Mesolithic, indicated by the presence of two narrow-blade microliths and bladelet debitage. Overall, the assemblage was small and probably represented visits to the area by hunter-gatherers, perhaps during hunting activities, as both recovered microliths have their tips missing and may thus represent hunting losses.

A large quantity of lithic material was recovered and the assemblage contained a small Mesolithic component consisting of a microlith and blades, thus supporting the interpretation that the immediate landscape was not the location of longer-term settlement during this period.

Neolithic activity was also evidenced from the lithic material. Interestingly, the lithics were found primarily associated with the cairn / stone spread, either between the stones themselves or within the deposit which the stones sealed. In addition to the lithic material, a radiocarbon date was obtained from a hazelnut-shell fragment, producing a Late Neolithic date of 2943-2878 cal. BC.

Initially, the remaining form of this feature was thought to represent a heavily truncated round cairn of possible Early Bronze Age date; however, both the C14 date and the lithic evidence point towards a Neolithic date and, more specifically, to the Late Neolithic. Due to the heavily truncated nature of the feature, it was difficult to say with any certainty what its original form was but what wase clear is that the truncation activity seems to have left the extant portion in-situ.

The deposit which was sealed beneath the stones was believed to have been the result of deliberate deposition rather than naturally-occurring subsoil, as it differed from the surrounding subsoil. This deposit and the overlying stones seemed to occupy a prominent position within the immediate landscape, located on a naturally protruding limestone outcrop. Stratigraphically, the deposit was laid down first followed by the stones; there was no mixing of these deposits. Theoretically, these can be considered as two separate events; however, it is not certain whether they were separated by a significant period or whether the stones were placed immediately on the underlying deposit.

Given the presence of small fragments of cremated bone, it is conceivable that there was a mortuary structure, such as a Late Neolithic round or ovate mound. Alternatively, given the rather flat, ‘un-mound-like’ nature of the surviving portion of the Charterhouse structure, it could be interpreted as a constructed platform, either circular or ovate in form, that was used to facilitate particular activities that may have included aspects of mortuary practice. The presence of small fragments of cremated bone within a disturbed area of the stone spread suggest cremated remains may have been brought to the site (there was no evidence of in-situ burning) for redistribution to other locales within the landscape.

Alternatively, the structure may have a more ‘ritual’ character akin to monuments considered to have served multiple functions, such as meeting-places, locations for trade and exchange and / or ceremony. The Charterhouse structure is located near to Gorsey Bigbury henge monument and the proposed henge at Rains Batch, which was later reworked into an amphitheatre during the Roman period. The structure at Charterhouse may tie into this ritualised monumental complex; although much smaller than the large henge monuments, it may represent a more ephemeral constituent of the ritual landscape.

The lithic evidence from within the non-contaminated backfill deposit of the stone socket suggested a Late Neolithic / Early Bronze Age date based on the short and squat character of the flakes. Moreover, the presence of a thumbnail scraper directly overlying the turf / earth spread suggested a terminus ante quem (taq) in the Early Bronze Age. Although the backfill deposits within the stone socket were 100 per cent bulk sampled, no material suitable for radiometric dating was recovered.

The presence of a spread of stone and earth / turf surrounding the standing stone is a notable discovery. It is possible that this spread represents a platform-like structure acting to delineate the stone with respect to the immediate landscape, perhaps in an act of veneration and / or simply as a device to enhance the physical presence of the stone. However, as is the case with respect to much prehistoric monument construction, this process did not necessarily occur as a single event. The three phases identified in the construction of the standing stone and its associated spread of stone and earth / turf with a final stone setting may indeed mark particular events in the monument’s history.

The Charterhouse standing stone occupies a prominent position on the edge of a small promontory before the hillside descends steeply to the N. From a landscape perspective, it is overlooked by the Early Bronze Age Beacon Batch barrow cemetery to the W and is located a short distance from the Late Neolithic Gorsey Bigbury henge monument and the probable henge monument at Rains Batch (Roman amphitheatre). The Late Neolithic and Early Bronze Age Mendip landscape is considered to have been of particular ritual significance and it is not surprising that this monument type occurs here. 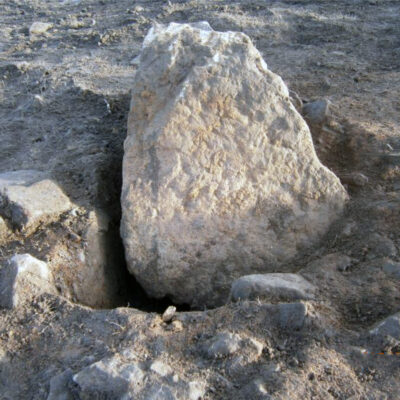 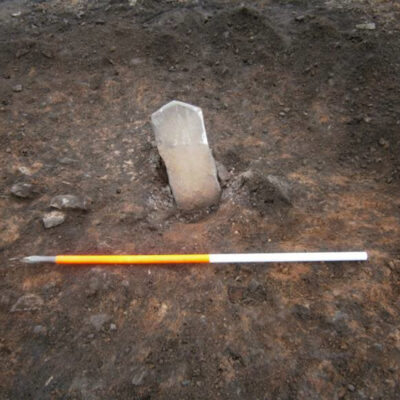 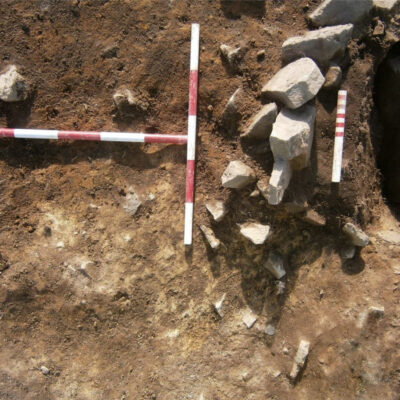 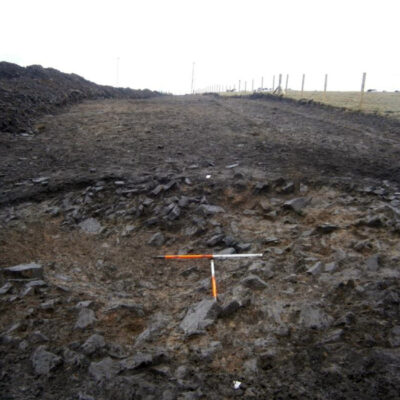 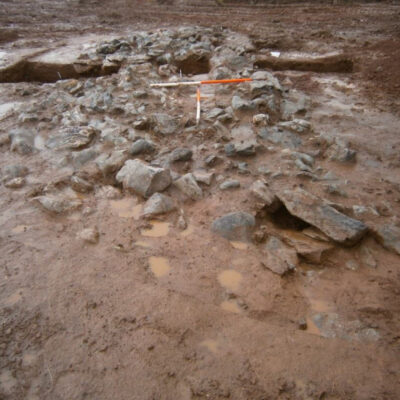 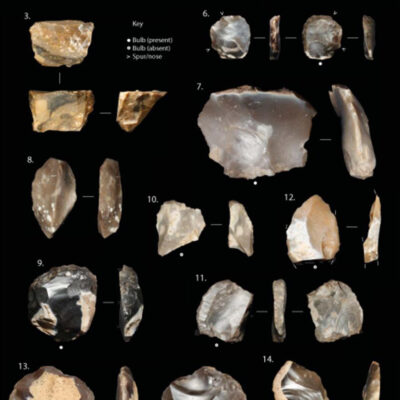 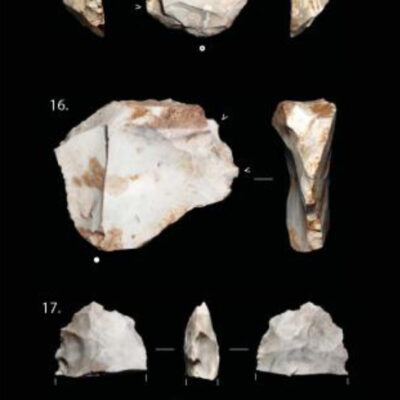 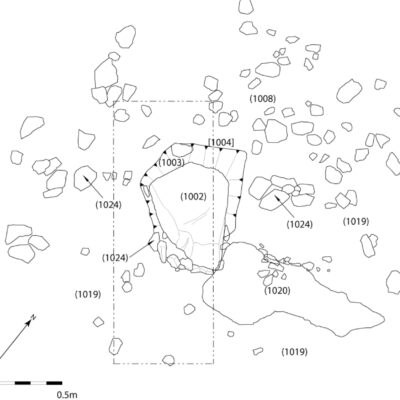