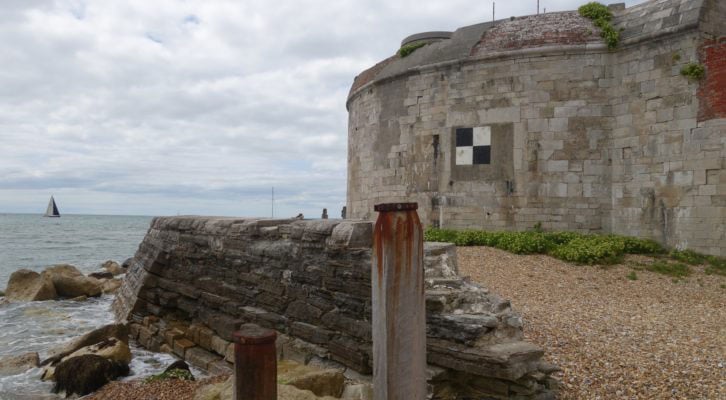 Hurst Castle is a well-preserved stone artillery fort and Scheduled Ancient Monument built between 1541 and 1544 on the headland of Hurst Spit to defend the Needles Passage to the Solent.

The Castle was much altered in the early to mid-19th Century and supports defensive structures of both World Wars and lighthouses of 1865 and 1911. The extensive remains of sea defences, comprising a series of timber and concrete breakwaters, exist along the foreshore immediately south of the Castle.

Based on recognized Historic England criteria, the assessment process identified a number of specific Heritage Assets and their associated settings, including the 16th Century and later artillery fort and associated fortifications, infrastructure (including a port, docks and several lighthouses) and coastal defences.

It was concluded that the overall impact on the built environment, both in terms of physical and non-physical impacts, was Neutral/Slight with any impact on the built heritage as Negligible to Minor. This assessment reflects the relatively limited scope of the proposed works, the short-term temporary nature of the construction impacts and the low-impact engineering methodology.

We were able to determine the potential impact of the proposed development – both physical and non-physical – on the specified built heritage assets and their respective settings.