We were instructed to carry out a programme of Archaeological Observation for an emergency sewer repair at The Close, Lichfield Cathedral. 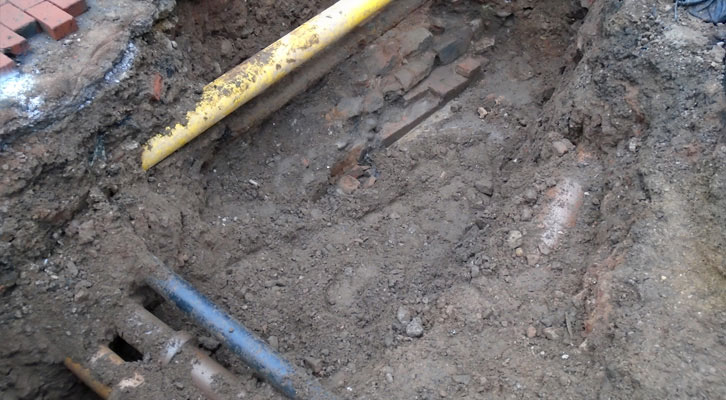 We were instructed on behalf of Severn Trent Water to carry out a programme of Archaeological Observation (also known as a Watching Brief) of engineering groundworks relating to an emergency sewer repair within The Close, Lichfield Cathedral. The site is located at the junction of Bird Street and The Close.

The Close was heavily damaged in the Civil War but was reconstructed by the early 18th century, at which time it emerged as a focal point for polite society. The Close forms part of the wider Grade II Registered Park and Garden of Cathedral Close and Linear Park, although the site itself lies marginally outside this area.

The aim of this programme of Archaeological Observation was to determine, as far as was reasonably possible, the location, extent, date, character, condition, significance and quality of any surviving archaeological remains likely to be threatened by the proposed groundworks, and to record, within engineering constraints and health and safety guidance, the character, date, location and preservation of any such remains.

An open-cut trench was excavated under Archaeological Observation in two stages, initially using a toothless ditching bucket and hand excavation before progressing to the use of a grab bucket, producing a single trench which measured c.8.20m × c.2.10m × c.4m. Upper deposits were removed in order to locate the damaged sewer pipe and record any existing archaeology.

Two structures, a rubble deposit and cobbles were found, although they were heavily truncated by modern services including that of the sewer. 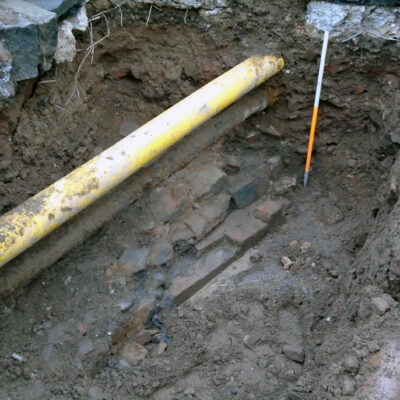 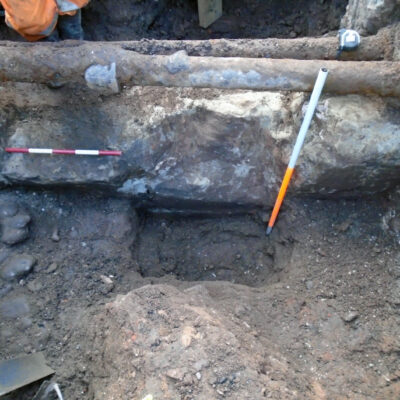 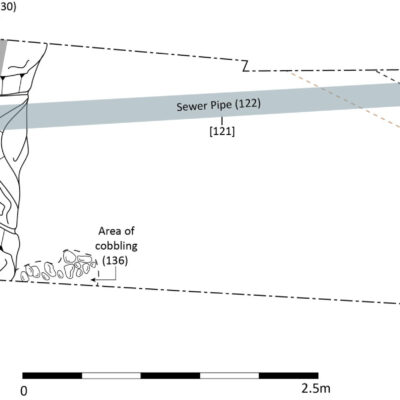