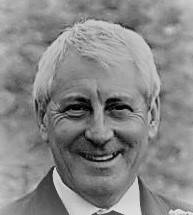 Rob’s involvement in Roman pottery started with an M.Litt degree at Newcastle University in the early 1970s. His dissertation subject matter was Roman pottery from York and this led to full-time employment as a Roman pottery researcher with the York Minster Archaeology Office and the York Archaeological Trust. He subsequently worked for the Nene Valley Research Committee in Peterborough on pottery from the Lower Nene Valley and then with English Heritage on Roman pottery from Stanwick, Northamptonshire, Godmanchester and Birdoswald. After a break from full-time pottery work, he became a freelance pottery consultant in 2008 and has since worked on assemblages of both Iron Age and Roman pottery from sites in Bedfordshire, Buckinghamshire, Cambridgeshire, Dorset, Hertfordshire, Kent, Lincolnshire, Norfolk, Northamptonshire, Oxfordshire, Shropshire, Somerset, Suffolk, Sussex, Warwickshire, Yorkshire and Wales. He has been a member of the Study Group for Roman Pottery since 1974 and authored their Research Strategy and Updated Agenda for the Study of Roman Pottery in Britain (2011). He edited the Study Group’s Journal of Roman Pottery Studies for many years and also recently worked with the Archaeology Data Service to put the Journal’s bibliography online. He is a member of the Chartered Institute for Archaeologists and a Fellow of the Society of Antiquaries. More information can be found on his website (currently being updated) – www.robperrin.com.