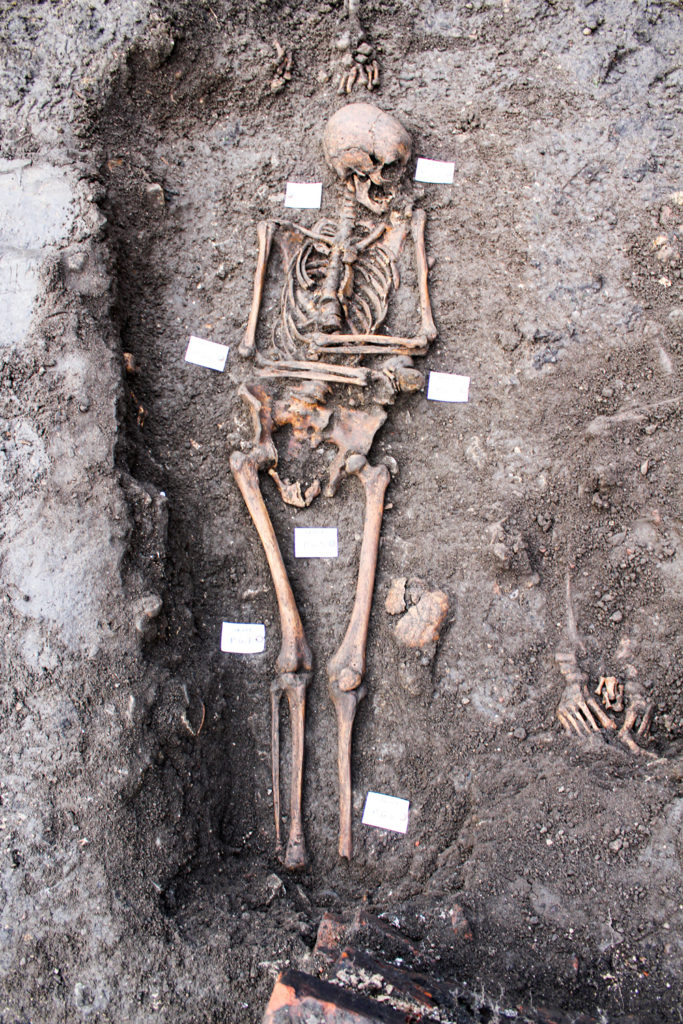 The role of an Osteoarchaeologist

Human Remains are commonly found on many archaeological sites dating from every time period. This can vary from single Bronze Age cremations to Post Medieval cemeteries that may contain tens of thousands of individuals. These skeletal remains are a unique source of information about past lives and hold a special status within the archaeological record.

On sites where human remains are not expected, it often starts with a phone call, a site manager calling me up when they have found possible human remains on site. The next step is to identify the bones as either animal or human. This can be easy in the case of undamaged intact bones or sometimes very difficult if the remains are burnt or fragmented which is often the case. A site visit is usually the easiest way to resolve this or a good photograph if a site visit isn’t possible.

When human remains are discovered on site and must be exhumed prior to development work, a special licence is usually required. This licence is issued by the Ministry of Justice and forms part of the legal and ethical framework that surrounds the exhumation of human remains from archaeological sites.

Human remains are carefully excavated with wooden tools as to not damage the bones and are recorded using photogrammetry so every detail may be represented in the 3D model. When the remains are removed from the ground, they are carefully bagged and labelled. The remains are then sent to our Post Excavation department where they are washed and dried in preparation for analysis.

Analysis of human remains is a very exciting process for the osteoarchaeologist and examination of the bones may reveal clues about how the person lived and died. These clues may include indication of the sex of the individual, their age at time of death, stature and any illnesses they may have suffered whilst alive. The analysis of human skeletal remains provides us with a valuable snapshot into past human health, paleodemography and ancient societies.