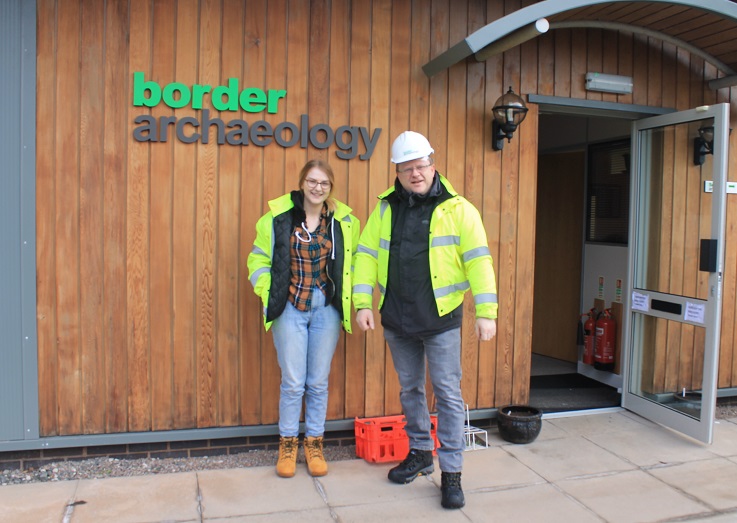 Both are currently enjoying their Induction programme at Border, Evie and Andrew were quick to swop their protective gloves for a pair of hard boots!

“To have the chance to reveal a find in situ is thrilling” confirmed Andrew.

As it happened, nothing of interest was unearthed that day. “It was great though!” said Evie

“I’ve never been on a dig before. Usually I hate mud but I actually enjoyed getting mucky. I had no idea the team had to work in such conditions. I learned a lot too. We both completed section drawings and by the end of the day were able to distinguish between different contexts.”

Evie worked for the Portable Antiquity Scheme and recently did a talk in Cardiff about the Shropshire Piano Hoard.

Andrew has recently co-published “The Story of Dilwyn” which has just been launched by Logaston Press.