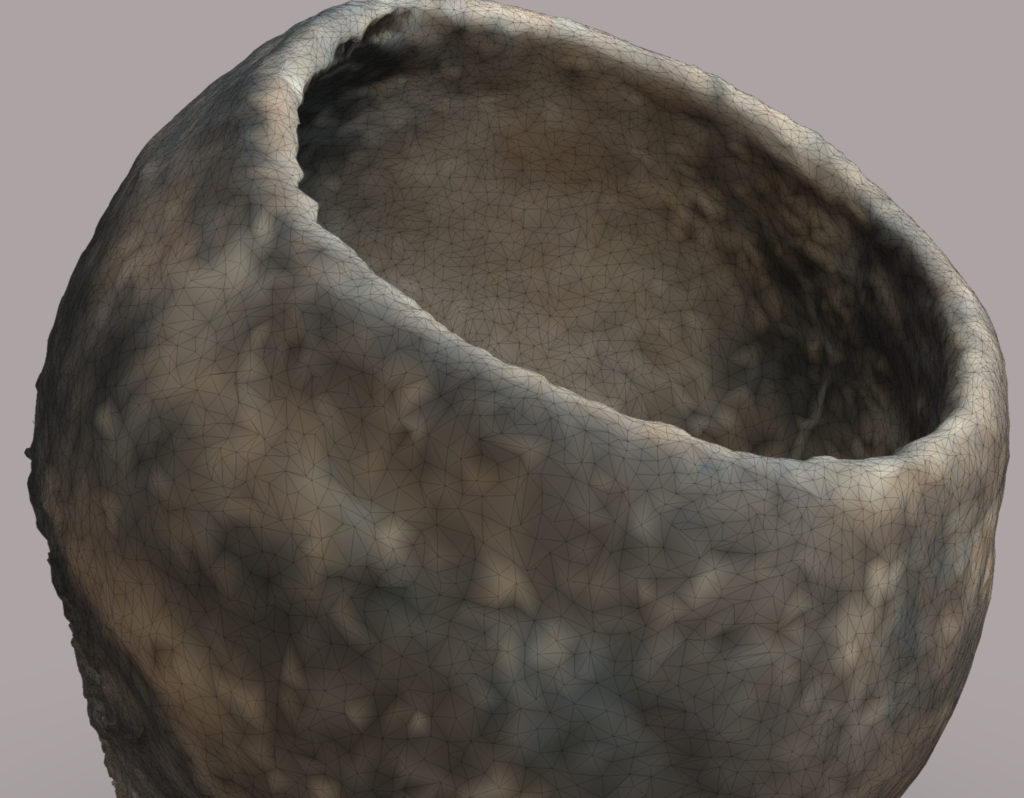 Archaeological 3D modelling is a technique to create a virtual representation of any object or surface. Photogrammetry is a method of creating a 3D model and is a process in which multiple photographs are taken in order to reconstruct an object or surface and which can then be scaled, giving a virtual reconstruction of a real world subject.

I began to create 3D models while I was working with aerial photos as it follows the same process – essentially taking large amount of photos with between 20-60% overlap and running it through software which then reconstructs the camera location, orientation, lens type and lens distortion. This is done by comparing and matching pixels across the photos in the entire scene and triangulating the visual features of the object. From this, a mesh is created which can then be texturised to create an accurately scaled 3D or 2D geometric representation of whatever object is being recorded and from which measurements can be taken.

Any camera can be used to create a 3D model as long as the photographs have the object in the centre taking up the majority of the image. It is important to take plenty of photos and ensure that the light remains the same with no shadows or bright light sources as these can cause the software to mismatch the points.

I find working on 3D models very rewarding as it is contributing to the preservation of cultural heritage. When an object is recorded, its digital record can be shared instantly and backed up so it is preserved even if the original material is damaged or deteriorates. It can be virtually handled multiple times by specialists without damaging the fragile materials of the object and because it uses accurate measurements, it can be utilised by many different departments within the company, for example the illustrators can use it while working remotely. The option to recreate the model physically is a possibility as well with 3D printing.