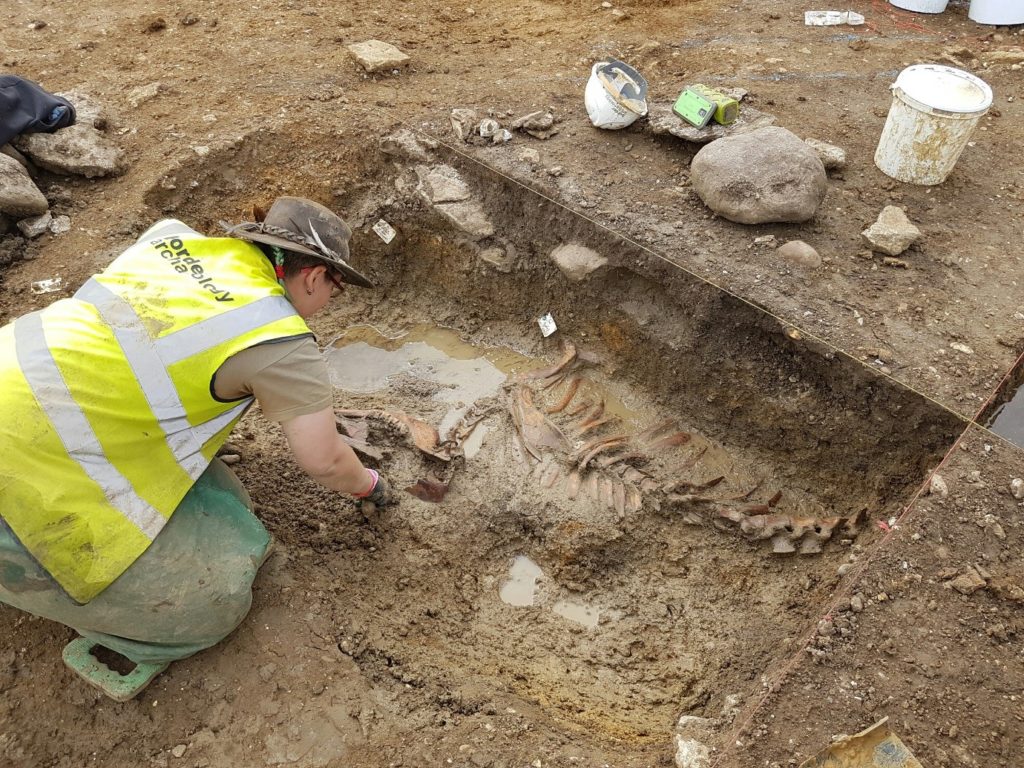 The pit itself has been ‘quadranted’ (excavated in quarters), and here Field Archaeologist Hellen Grunefeld is shown carefully excavating the articulated remains of the cow’s skull and shoulders.

The site itself comprises a number of farmstead structures and has produced a large amount of evidence of cattle farming, including a number of bovine skulls and mandibles. This particular skeleton was found un-butchered within the refuse deposit, and this may be due to the carcass of the animal being diseased or unsuitable for processing. It is also possible that the intact burial may be the result of the animal being a ‘pet’ or some form of ritual offering, and whilst it is not unknown for bovine carcasses to be treated in this manner, it is much more commonplace in equine burials. The skeleton will now undergo archaeozoological analysis by our faunal remains specialists as a part of the post-excavation process and this may provide answers as to cause of death, as well as the age and sex of the animal.