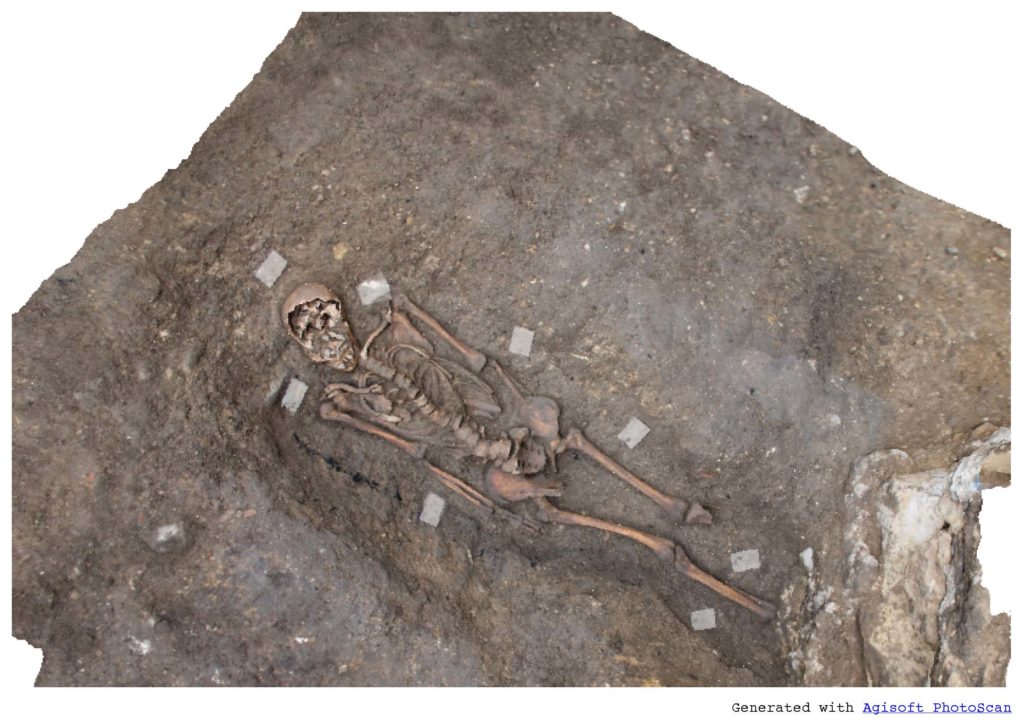 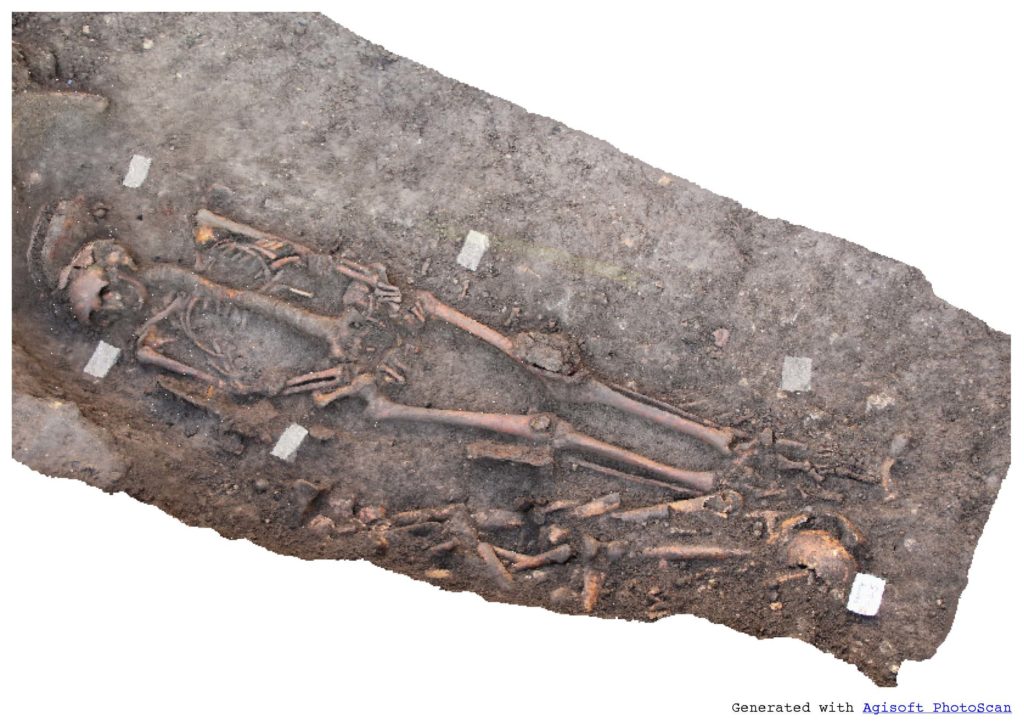 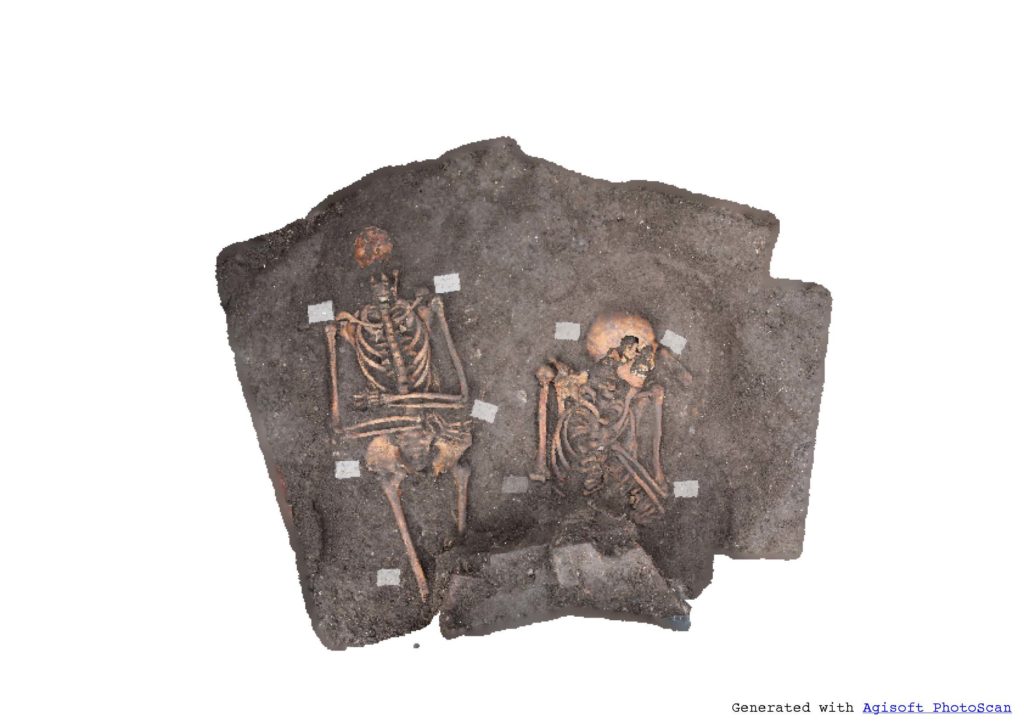 During an excavation, a process of photogrammetry may be carried out in order to create an accurately and highly detailed georeferenced image or 3D model. This process can be used to record single objects or features and even up to large parts of a site.

In this instance, These/this images shows the photogrammetry results of the human remains being excavated at Gloucester Cathedral. The small rectangle labels seen around the perimeter of the remains are surveyed in and used as reference markers during the photogrammetry process. This involves taking a series of overlapping 2D digital images and piecing them together, then using additional software to create a georeferenced 3D model.

Creating a 3D model allows fragile material such as human remains to be viewed and analysed virtually and remotely without the worry of causing further damage. The images can also be easily manipulated to be viewed from different angles and overlain onto site plans to produce an accurate spatial understanding of the site.