We were commissioned to undertake a programme of archaeological work. 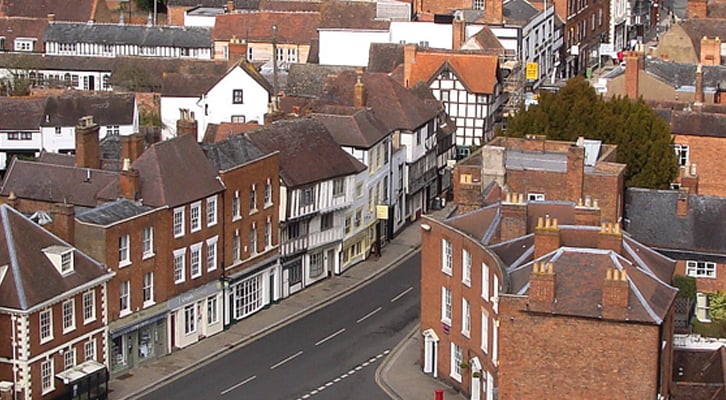 Three evaluation trenches were excavated, one near the front and two at the rear of the factory building. The evaluation revealed a series of Post-Medieval deposits consisting largely of demolition rubble and garden soils, together with limited evidence of domestic activity, such as pottery, clay pipe fragments and oyster shell. Two of the trenches revealed substantial archaeological remains: a possible rear courtyard surface (Trench 1) and a well capstone (Trench 3). Following the evaluation, an excavation was undertaken, the limits of which only partially coincided with the position of the previous evaluation trenches 1 and 3, which had revealed features initially interpreted as a yard surface and well capstone. The restrictive nature of this phase, however, limited the opportunity to confirm these previous interpretations. The excavation encountered were two substantial Post-Medieval features. In the south-western corner of the building, part of a possible rear courtyard surface of c. 18th century date was identified, while the north-western area revealed a feature interpreted as a well covering of similar date. The latter appeared to be associated with a heavily worn yard surface. Owing to the limited nature of the excavation, it was not possible to ascertain whether earlier deposits or features underlay these Post-Medieval structures.

Tewkesbury probably developed around the Benedictine Abbey of St Mary during the late Saxon or early Medieval period. The place-name evidence suggests the town was enclosed by a burh (represented by the -bury element). A market was established at The Cross, in Church Street, between 1066 and 1086. The town later became an important agricultural market centre and river port.

During the Medieval period, buildings of minor importance within the town were generally built of oak with wattle-and-daub infill. Many of the original frontages were rebuilt in brick during the 18th century. Most of the present Church Street frontage dates from this period, the Medieval fabric being preserved within the central and rear sections of these buildings.

The site, a former light engineering works, is part of the probable Medieval burgage plot system. An 18th century wall incorporated into the factory building probably marks the boundary of one such plot.

The excavation encountered were two substantial Post-Medieval features. In the south-western corner of the building, part of a possible rear courtyard surface of c. 18th century date was identified, while the north-western area revealed a feature interpreted as a well covering of similar date.