Border Archaeology was instructed to carry out a programme of Archaeological Field Evaluation of approximately 3ha of land to the north of Roman Road and west of the A49 Holmer West Hereford in connection with the conversion and extension of the Listed farmhouse to apartments, conversion of two traditional barns to residential use, demolition of more modern barns and new-build residential of up to 100 units. 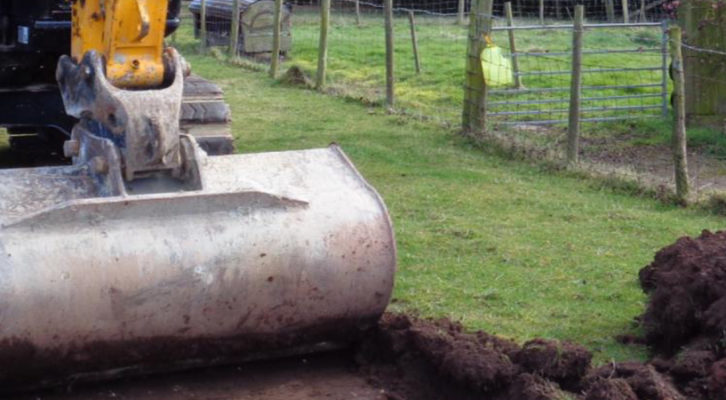 Twenty-two trenches, each of 20m in length and 1.90m wide, were excavated to natural deposits to determine and record the nature and extent of any archaeological remains present on the site.

A possible linear feature running northeast-southwest was investigated in Trench 14 and was found to contain 13th Century pottery (Appendix 1) and bone representing cow, horse and sheep/goat, together with a vertebra of freshwater bream, the most popular freshwater food fish during this period (Appendix 4). No evidence was encountered within the trench to establish its function, although the character of the finds does strongly suggest a focus of medieval occupation somewhere in the vicinity.

A substantial fence-, gate- or marker-post was also recovered from this trench and subjected to specialist assessment (Appendix 3), which identified the wood as oak with an age in excess of 100 years. Evidence of sawing suggests a later medieval or post-medieval date. It is considered likely that there may be an association with orcharding, as shown on historic maps, or hop cultivation.

No further archaeological features were present within the remaining 21 trenches; however, there were areas of residual pottery and ceramic building material (brick, roof tile, floor tile etc.) dating from medieval to the post- medieval period (Appendix 1).

A general paucity of archaeological features and deposits precludes detailed characterization of the site in terms of pre-modern activity.

A possible linear feature revealed in Trench 14 extending beyond the trench limits was found to contain 13th Century pottery in sufficient quantity to suggest contemporary occupation somewhere in the immediate vicinity. This is supported by the presence of cattle (Bos), horse (Equus), sheep/goat (Ovis/Capra) and freshwater bream (Abramis brama) remains.

However, no evidence of a medieval settlement focus was revealed, the dominant signature being that of modern agriculture. Land drains were encountered across the site interspersed with surface and subsoil dumps of modern building materials and domestic waste, reflecting the location of the site close to modern farm buildings and the likely dispersal of material through ploughing. Additionally, the sheep/goat (Ovis/Capra) burial in Trench 5 attests to modern livestock farming.

These results offer little potential to address themes identified in The Archaeology of the West Midlands: A Framework for Research (Watt 2011). 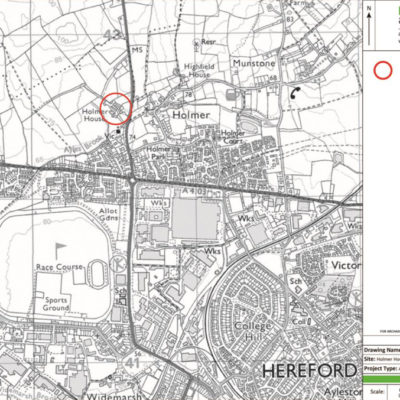 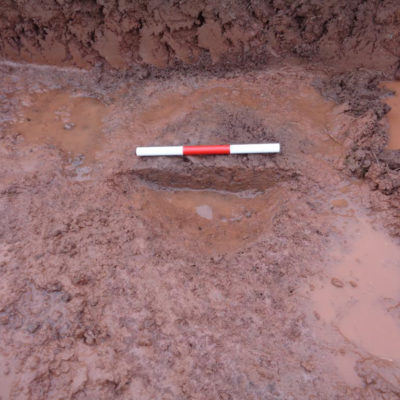 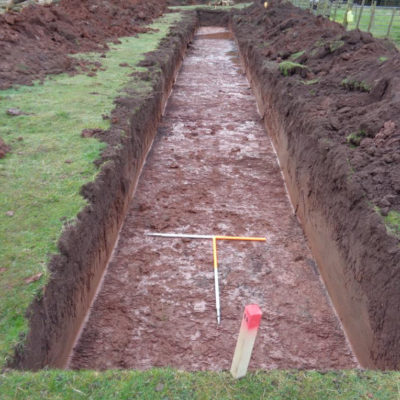