We were instructed by carry out a programme of Archaeological Field Evaluation at Galsworthy Road Kingston-upon- Thames, London in connection with the demolition of an existing two-storey detached dwelling and site levelling followed by construction of two three-storey properties with full basements. 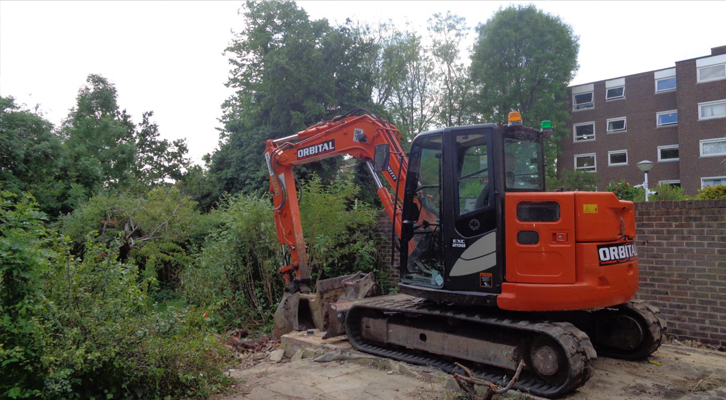 Of the two trenches opened, only Trench 002 contained significant archaeology.

No direct evidence for any original lead pipework was encountered in the trenching and the projected alignment of the 16th Century conduit cannot therefore be confirmed as accurate.

However, ditch [002004] within Trench 002 shared a very similar alignment and it is possible that the original pipe trench in this area had been reopened in the 19th Century or later, a section of the 16th Century conduit removed and a ceramic field drain inserted in the backfill.

Trench 001 overlying the proposed basement area was excavated to natural at a depth of c.0.90m but revealed no features or deposits of archaeological significance.

The aim was principally to determine the presence and condition of a 16th Century conduit consisting of a section of lead piping forming part of the original Hampton Court Palace Water Works, which was thought to cross the southeast portion of the site. It has been established that survival of the Tudor pipework is variable, with centuries of repair and replacement creating a ‘patchwork of many different periods’ (Lindus Forge 1959, 3-14).

Of the two trenches opened, Trench 001 was aligned north-northwest-south-southeast and measured 5.70m × 2.80m to a maximum depth of 2.15m at the base of a sondage. No features or deposits of archaeological interest were revealed.

Trench 002 ran east-west and measured 6.10m × 1.55m × c.0.90m and contained a ditch aligned on the projected course of the 16th Century water pipe. The ditch contained a section of ceramic field drain in the backfill but no evidence for the conduit, suggesting that while the ditch itself may well represent the original pipe trench, this had subsequently been reopened and the lead piping removed, to be replaced by the later ceramic drain. 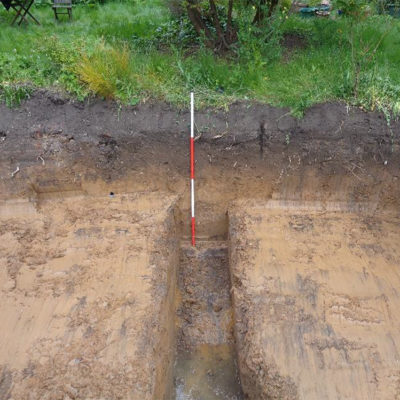 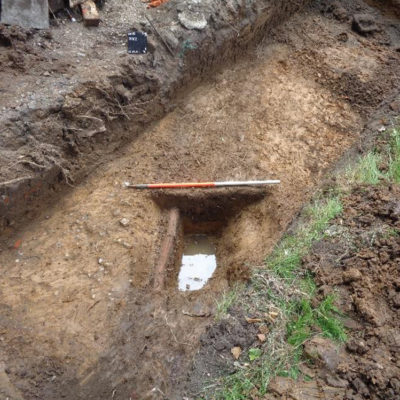 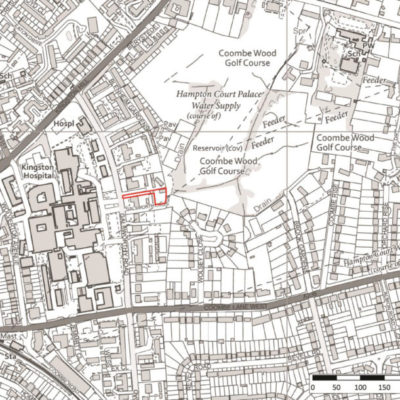 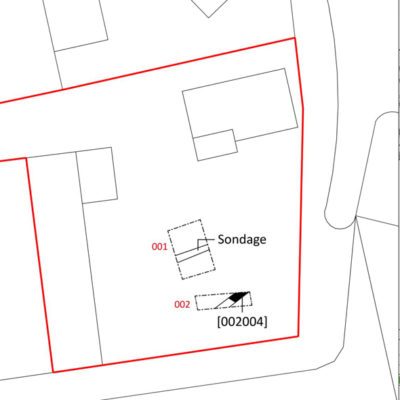