Border Archaeology was instructed by Morris Homes (Midlands) Ltd to carry out a programme of Archaeological Standing Building Recording to Historic England Level 3 of a complex of farm outbuildings at Crisps Farm, Church Lane, Austrey. 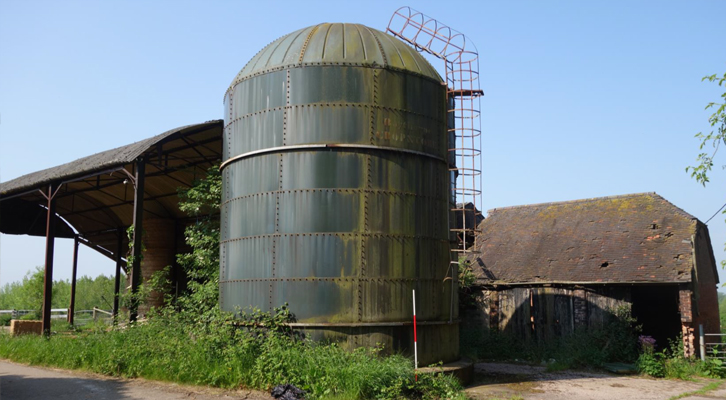 The earliest surviving fabric identified consists of a rectangular brick cartshed/stable block situated in the northwest corner of the complex, dated to the mid- to late-19th century based on analysis of the extant fabric and cartographic evidence.

This building represents the only surviving remnant of the extensive complex of agricultural outbuildings at Crisps Farm, which appears to have been largely rebuilt during the mid-late 19th century and survived intact until the late 1950s-early 1960s when the complex was largely demolished to make way for the existing ranges of agricultural buildings. The interior of the building has been largely stripped of fixtures or fittings associated with its original function and little of interest was noted.

The majority of the extant outbuildings on the site can be dated to the late 1950s or early 1960s, based on documentary and cartographic evidence. These comprise the Dutch Barn and attached pair of conjoined concrete framed shelters, together with the large stable range and the adjacent detached outbuilding and feed silo. The stable range and agricultural buildings are described as newly built in 1966 when Crisps Farm was put up for sale, which suggests that they were constructed shortly before that date.

Related Planning Condition discharged and land released for development to allow the development of 40 dwellings with associated landscaping and ancillary works.