Mains Reinforcement Scheme adjacent to the scheduled remains of a medieval abbey. 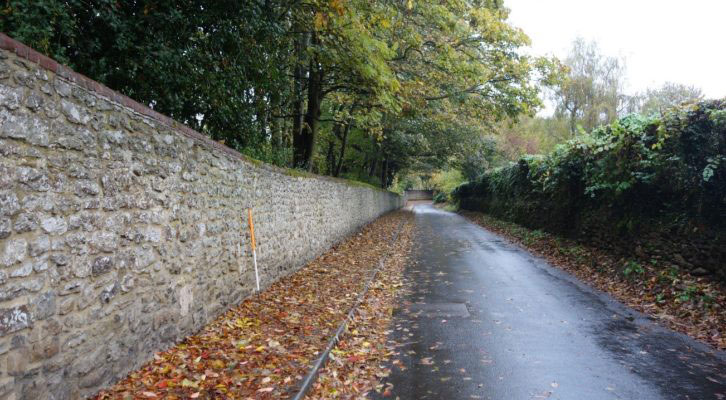 As part of an on-going programme of works, we were commissioned by South East Water to undertake a programme of archaeological works including archaeological desk-based assessment, walkover survey, liaison with the Ministry of Defence in connection with the protection of a military burial site and a Watching Brief on a water main scheme close to the Historic town of West Malling, Kent.

No debris, ordnance or other finds associated with a crashed aircraft were recovered. Two British Army General Service greatcoat buttons were recovered, which were assigned a broad date of 1901-1952, however these are considered residual in context.

A boundary ditch dated to the Later Iron Age to Early Roman period was uncovered along with a small quantity of pottery, characteristic of locally produced domestic wares. 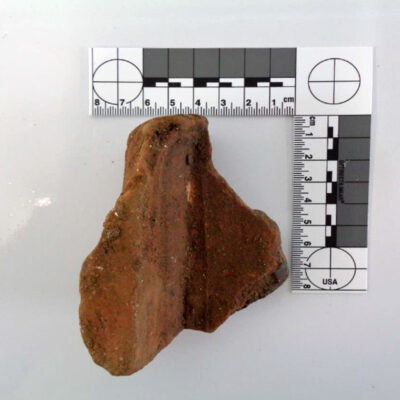 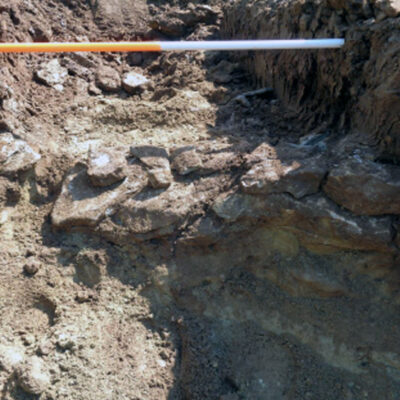