We carried out a programme of Watching Brief (Archaeological Observation) with respect to the redevelopment of the former Engineering site in Cheltenham.

Merrett’s 1834 Map of Cheltenham shows the area and depicts the White Hart Inn and adjacent wine vaults, with orcharding and a coal & stone wharf to the SW adjoining Bloomsbury Street, with little evidence of residential development at that time. However, at some time between 1860 and 1880, the orcharding and coal & stone wharf had been completely swept away and rows of narrow terraced housing built, represented by Stoneville Street and, further to the S, Bloomsbury Street, as shown on the OS 1st edition 25 inch map of 1880. The eastern part of the study area was subsequently impacted by the construction of the GWR Cheltenham and Honeybourne Railway in 1906.

Stoneville Street suffered a direct hit during a major bombing raid in Cheltenham on 11th December 1940, killing 10 people and demolishing most of the mid-19th century terraced housing on both sides of the street. A plan of Cheltenham city centre dated 1965 shows the terraced housing along the N side of Stoneville Street had been completely destroyed and replaced by a T-shaped building used as a Scout Hall.

The ground works were limited in extent comprising a single drainage trench excavated alongside the existing railway abutment wall and approximately 0.4m from its base. This offered little opportunity to investigate the character of below-ground deposits across the site generally and much of the material excavated consisted of deposits of Cheltenham sand & gravel, with modern deposits found to directly overlie the natural substrate in places. Evidence of brick and slate demolition debris was also revealed, possibly relating to structures shown on historic mapping to have previously occupied the site. Limited exposure of the railway abutment wall was attained, with evidence of foundation cut tentatively identified in places; a concrete & brick foundation structure (102) was also revealed relating either to the railway abutment or to the former engineering works.

No evidence of the medieval settlement activity identified to the NE on the neighbouring site at Gloucester Road was revealed and it is confirmed that no significant archaeological deposits were adversely affected by the ground works required in preparation for the proposed development. 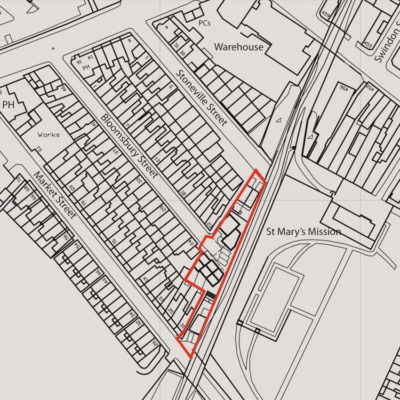 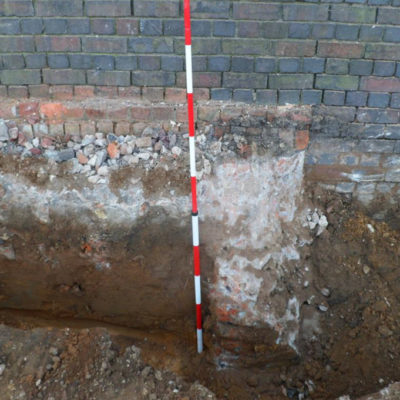 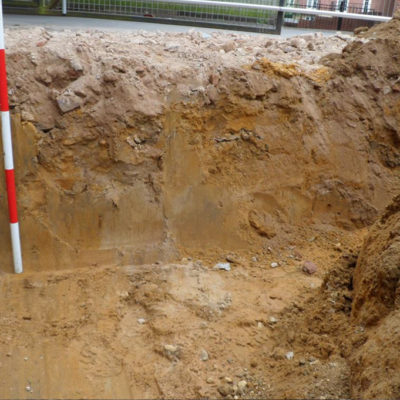 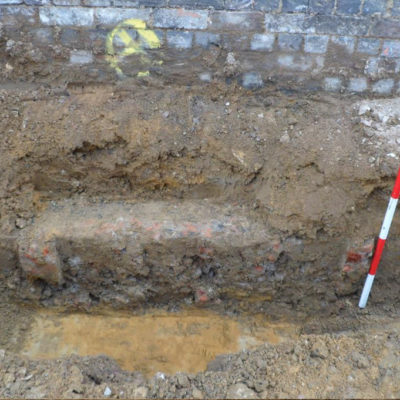