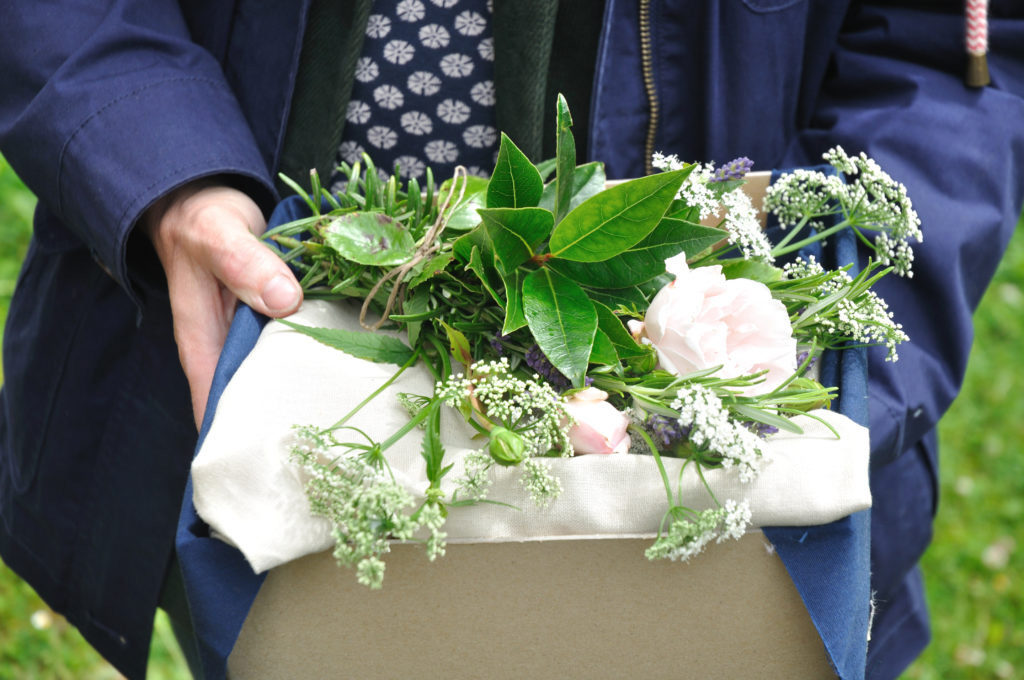 Local people were invited to witness the reinterment of three Roman cremation urns revealed during construction of a new surgery for the Mortimer Medical Practice, Leintwardine.

These included the remains of a 25-40 year old adult and may have formed part of a larger roadside cemetery on the outskirts of the small Roman town known as Bravonium.

The urns provided insight into local burial practices at that time and a posy was placed on the grave symbolising Remembrance (Rosemary), Protection (Bay) and Commemoration (Rose) consistent with Roman beliefs.

The remains were placed in a linen bag, with a sprig of Rosemary from the posy.

The ceremony was carried out with due reverence in the parish church of St Mary Magdalene by Reverend Mike Catling followed by a Latin commendation by Neil Shurety, Founder of Border Archaeology:

(“Today we are gathered here to commemorate your reburial and, unknown souls, we salute you and wish you our God’s blessing”)

“Thank you for a special and moving service. It is incredibly important for us villagers to be able to commemorate the earliest residents of Leintwardine.”

“ ….very meaningful to link our lives across the years in this manner – thank you so much”